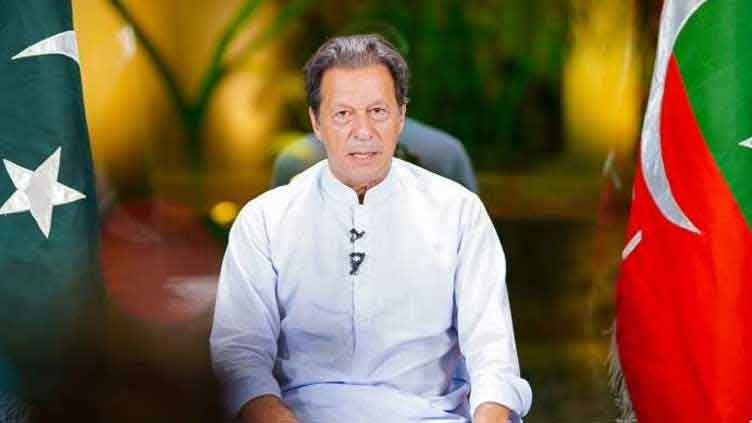 LAHORE (NNI): Pakistan Tehreek-e-Insaf (PTI) Chairman Imran Khan urged on Sunday his party members to speed up the electoral campaign, which he regard as “Election karao, mulk bachao” campaign.
The deposed premier prepared a strategy to react to the acceptance of the PTI lawmakers’ resignation in the National Assembly. Mr Khan said once the PTI will completed the process of resignations, he will “pour onto the streets” himself to give tough time to the coalition government.
Mr Khan also directed his stalwarts to prepare a schedule for the public gatherings. The sources privy to the development said the PTI will underscore the issues of “regime change and the government’s economic policies” in its election campaign. To take the country out of the quagmire and economic woes, Mr Khan will give his supporters, roadmap.
After the NA speaker accepted the resignations of 70 PTI lawmakers, Mr Khan handed over the task to the party leaders of getting the resignations of the rest of the PTI lawmakers accepted, under the supervision of former NA speaker Asad Qaiser.
Imran condemns desecration of Holy Quran in Sweden: Pakistan Tehreek-e-Insaf Chairman and former prime minister Imran Khan had criticized the desecration of the Holy Quran in Sweden.
Taking to Twitter, PTI said he denounced in strictest terms the recent incident, while saying the United Nations accepted the resolution regarding countering Islamophobia last year with the support of Organization of Islamic Cooperation. He added the UN’s resolution made it clear that the hate speech against Islam and its leaders did not fall under the ambit of freedom of speech.