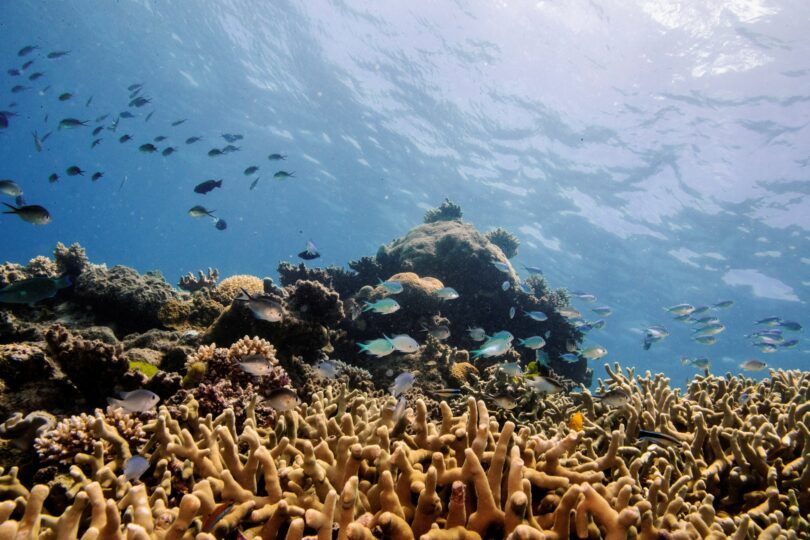 TOWNSVILLE, Australia (Reuters) : Australia’s Great Barrier Reef is in mortal danger, threatened with annihilation caused by climate change, however there may yet be hope as scientists have successfully trialed a new method for freezing and storing coral larvae they say could eventually help rewild the reefs.

Scientists are scrambling to protect coral reefs as rising ocean temperatures destabilize delicate ecosystems. The Great Barrier Reef has suffered four bleaching events in the last seven years including the first ever bleach during a La Nina phenomenon, which typically brings cooler temperatures.

Cryogenically frozen coral can be stored and later reintroduced to the wild but the current process requires sophisticated equipment including lasers. Scientists say a new lightweight “cryomesh” can be manufactured cheaply and better preserves coral.

In a December lab trial, the world’s first with Great Barrier Reef coral, scientists used the cryomesh to freeze coral larvae at the Australian Institute of Marine Sciences (AIMS). The coral had been collected from the reef for the trial, which coincided with the brief annual spawning window.

“If we can secure the biodiversity of coral … then we’ll have tools for the future to really help restore the reefs and this technology for coral reefs in the future is a real game-changer,” Mary Hagedorn, senior research scientist at Smithsonian National Zoo and Conservation Biology Institute, told Reuters from the AIMS lab.

The cryomesh was previously trialed on smaller and larger varieties of Hawaiian corals. A trial on the larger variety failed.

The trials involved scientists from AIMS, the Smithsonian National Zoo and Conservation Biology Institute, the Great Barrier Reef Foundation and the Taronga Conservation Society Australia as part of the Reef Restoration and Adaptation Program.

The mesh technology, which will help store coral larvae at minus 196 degrees Celsius (minus 320.8 degrees Fahrenheit), was devised by a team from the University of Minnesota’s College of Science and Engineering, including Dr. Zongqi Guo, a postdoctoral associate, and professor John C. Bischof. It was first tested on corals by Ph.D. student Nikolas Zuchowicz.

“This new technology that we’ve got will allow us to do that at a scale that can actually help to support some of the aquaculture and restoration interventions,” said Jonathan Daly of the Taronga Conservation Society Australia.