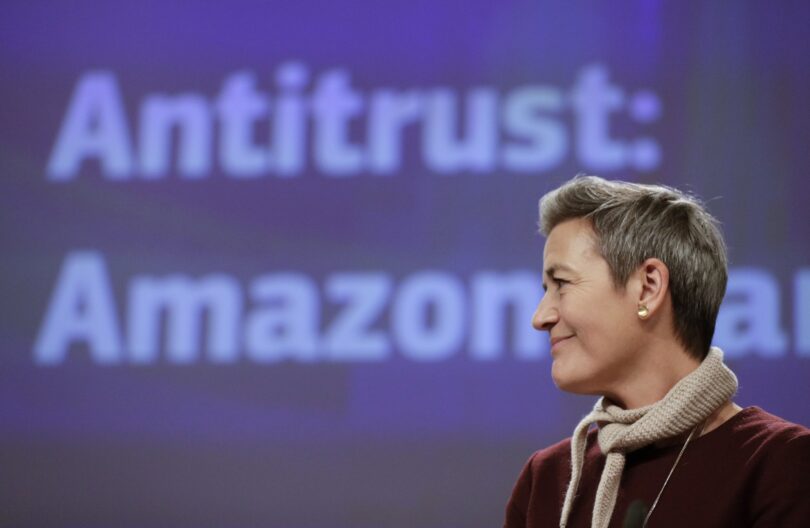 Amazon promised to give products from rival sellers equal visibility in the “buy box,” a premium piece of real estate on its website that leads to higher sales, the EU’s executive commission said.

The company also pledged to stop using “non-public data” from independent sellers on its platform to provide insights into its own products to compete against those merchants. Amazon also agreed not to discriminate against sellers in its Prime membership service and let Prime members freely choose any delivery service.

The agreement allows Amazon to avoid a legal battle with the E.U.’s top antitrust watchdog that could have ended with huge fines, worth up to 10% of its annual worldwide revenue.

“We are pleased that we have addressed the European Commission’s concerns and resolved these matters,” Amazon said in a prepared statement.

The agreement, which only applies to Amazon’s business practices in Europe, follows concessions the company offered in July to resolve two EU antitrust investigations. Under the agreement announced Tuesday, Amazon made improvements to those initial proposals.