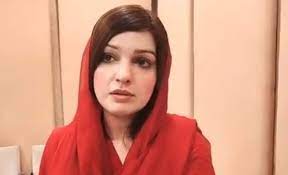 ISLAMABAD: Chairperson of Peace and Culture Organization, Mushaal Hussein Mullick Saturday hailed Kashmir Institute of International Relations to the United Nations Secretary General Antonio Guterres regarding Indian ploy to de-internationlize the Kashmir issue as India virtually turned the strife-torn valley into a military garrison where all basic rights of the people have been usurped.

Mushaal, the wife of Yasin Malik, in a statement, said that Kashmir dispute was one of the oldest unresolved disputes pending on the UN agenda, as now even the fascist Indian government was questioning the role of United Nations Military Observer Group (UNMOGIP) in the region.

She said Kashmir Institute of International Relations in its letter to UNGS rightly raised the point that India has since long was trying to make UNMOGIP’s presence in the region controversial saying that the mandate of the mission had lapsed since it related specially to the ceasefire line under the Karachi Agreement.

Since 1972, India has adopted a non-recognition policy towards third parties in their bilateral exchanges with Pakistan over the question regarding the state of Jammu and Kashmir, she added.

However, Mushaal stated that Kashmir dispute was constant source of tension between two nuclear countries Pakistan and India for the last over seven-decades, which resulted in multiple wars and conflicts over the years.

She alarmed the hindutva regime continued state terrorism and unabated human rights violations could flare up another war between Pakistan and India, which could not only endanger the regional peace but could also risk the world peace since both the countries were nuclear powers.

Mushaal reminded the UN should honour its long-forgotten unfulfilled promise of holding plebiscite in Indian Illegally Occupied Jammu and Kashmir (IIOJK) so as Kashmiris could make decision about their own fate.

The Chairperson called upon the international community to take action on the well-documented human rights violations being committed with impunity by the Indian occupation forces against innocent Kashmiri men, women and children.

She said it was time for the world to ensure that the Kashmiris get their long-denied right to self-determination, which was the only viable and agreed solution to the decades-long dispute. (APP)