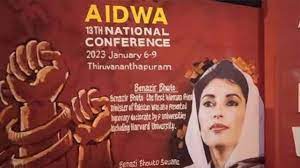 The BJP leader Sandeep Washpati, while reacting to the posters, said Ms Bhutto was the prime minister of India’s foe who let not stone unturned to degrade India. “Those who respect India’s enemy are India’s enemies”, he added.