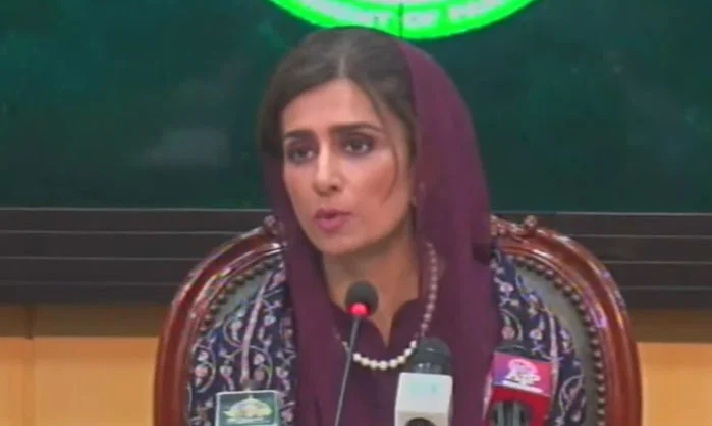 Minister of the State for Foreign Affairs, Hina Rabbani Khar has said no country has used terrorism better for its benefit than India, which is playing on the back of the attention of the world on terrorism while portraying itself as a victim. According to her, Pakistan has shared a another dossier regarding Indian involvement in the Johar Town, Lahore terrorist attack with members of the UN Security Council. Pakistan also shared the evidence with all diplomatic missions based in Islamabad and planned to hand over the dossier to the UN Secretary-General, so the honorable Secretary General himself examine the undeniable and undisputable evidence and fulfilled his responsibility. Minister urged the international community especially the United Nations and the Financial Action Task Force (FATF) to hold India accountable for perpetrating terrorist activities inside Pakistan.

Pakistan had been one of the biggest victims of terrorism in the world, that sacrificed over 80,000 innocent lives, and sustaining enormous damage to its economy to fight and defeat terrorism, not on its soil but playing a crucial role in the success of the Global War on Terror (WoT) over the past two decades. Ironically, at the time when Pakistan was battling terrorism in Swat and North Waziristan, western darling India was sponsoring, financing, and fueling terrorism in Pakistan through its diplomatic missions and cover firms in border regions of Afghanistan and Iran. The arrest of a serving Indian Naval Commander Kulbhushan Jadhav from Balochistan is undeniable evidence of Indian involvement in terrorist activities inside Pakistan. The government of Pakistan had shared with the world, the irrefutable proof of New Delhi’s sponsorship of terrorism in Pakistan multiple times, but the followers of Chanakya neither desisted their activities nor paused their propaganda.

Pakistan stressed the global community to take notice of such mass misconduct of New Delhi, which pretends as a victim of terrorism on one hand and supports terrorism on the other. Unfortunately, western nations prefer their economic interests and deliberately ignore India’s nefarious role in the war against terrorism and gross violation of the human and religious rights of its minorities across Bharat.

Terrorism is a curse, while all its forms and manifestations are condemnable as this poses a serious threat to global peace and security. The Global Community must show through practical steps that efforts to counter terrorism are unbiased and nondiscriminatory and the international conscience cannot be held hostage to political and economic exigencies for a longer time. There is a dire need for the necessary reforms in the existing global Counter-Terrorism architecture for enhancing its effectiveness by encompassing an entire array of individuals, and entities as well as sponsoring states and institutions involved in the spread of terrorism so no one dares to use this evil for its benefit.