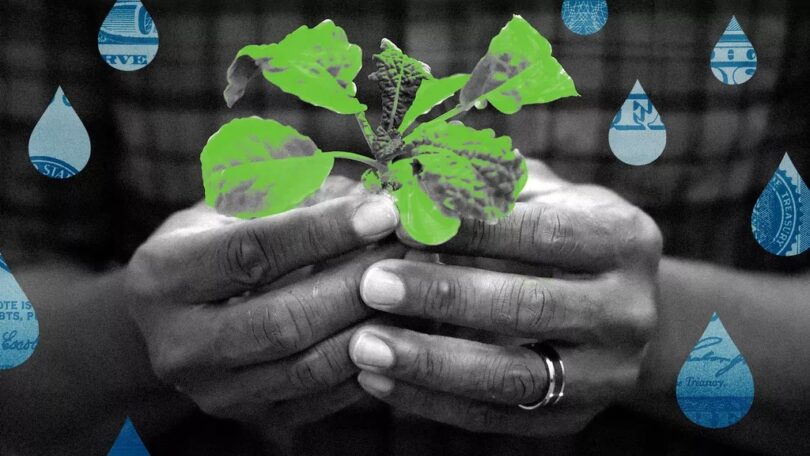 Why it matters: While extreme weather exacerbated by climate change hurts crop yields, some small farmers are turning to ag-tech solutions that have long been sequestered from anyone but the rich.

They use less water than traditional farming methods and take up less space — and are popping up everywhere from Alabama to Hawaii.

What they’re saying: According to Nona Yehia, CEO and co-founder of Vertical Harvest Farms, indoor farming has long been associated with a major barrier to access — high start-up and operating costs.

“As we grow as an industry, that cost is going to come down … but I think that’s going to take time,” says Yehia.

On a hyper-local level, indoor farming is being explored as a food insecurity mitigation tool by communities in urban food deserts, according to Lisa Price, an Oregon State University professor of anthropology who researches food systems.

Price notes the practice could be a way to “try and correct … the tremendous reduction of Black farmers in this country,” which is largely due to historic land loss and racial discrimination in federal farm assistance.

“They are providing a service to these communities for fresh produce, while also making a living.”

A single farm, roughly the size of a bookshelf, goes for around $3,500.

Priced at $149,000, Vanzura says that the Freight Farms upfront cost is comparatively affordable.

“If you think about it in the world of commercial farming, it’s quite low,” Vanzura tells Axios, pointing to the startup costs for traditional open-field farms, which reportedly range from $11,000 to over $5 million.

Of note: “It’s not for everyone,” Hamilton Horne, owner of South Carolina’s King Tide Farms, says of the cost.

Horne tells Axios he spent roughly $160,000 to get his Freight Farms container farm up and running last year. “[It] is a lot of money for one individual to put up for something like this,” Horne says.

Yes, but: The returns have since made Horne glad he invested, especially with the recent rise in demand for the varieties of greens he grows and sells to local chefs and restaurants.

That surge in demand is in part thanks to the extreme winter weather conditions that lashed much of the U.S., last month, forcing many farmers in Charleston to replant their crops, while Horne says his went untouched.

The bottom line: “With the hurricane this year, everybody’s crops around here got ruined. We just went through a frost hit, everybody’s got knocked down again,” Horne tells Axios. “I’m the lone guy standing strong.”