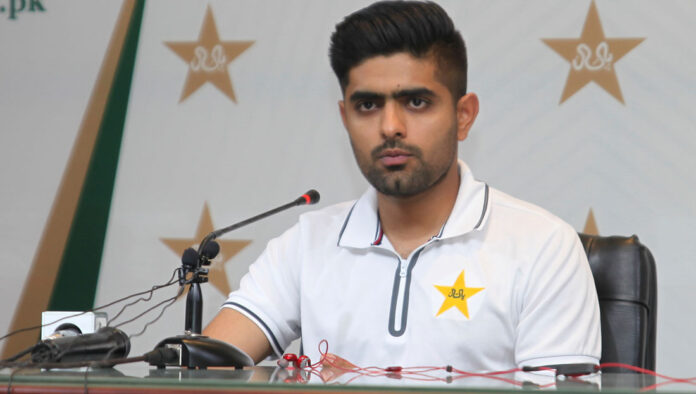 MULTAN: Pakistan Skipper Babar Azam said that the injury of the main fast bowlers before the test series against England cost a lot as the team could not get a remarkable achievement in the fast bowling attack.

Addressing a press conference after the second test match at Multan Cricket Stadium on Monday, Babar Azam said that the team lost the match again after getting closure to victory like in Rawalpindi but we failed to finish it well to get desired results.

He said that the absence of senior and experienced players in the team could also be a reason for the defeat adding that the young players also played well and they were getting experience from every match.

Babar said that decision of Saud Shakeel’s out was the turning point but players were bound to honor the decision of the umpires whether it was in favor or not. He said that after the dismissal of Saud and Nawaz it was the tail to face England pace bowlers but Abrar and Salman kept pushing pressure on the guest team.

“I accept the responsibility of loss,” Babar said and added that efforts were being made to overcome the mistakes in the upcoming events. He said that the team would enter the Karachi test with the best combination and positive mindset.

He said that England’s bowling attack was effective and their bowlers did well for their team.

Babar said that Abrar Ahmed performed well in his debut match and he dismissed the top seven players of the guest team in the first inning and also grabbed four wickets in the second inning. He said that he changed his batting order to play at number three instead of four by accepting the challenge to face the situation. (APP)