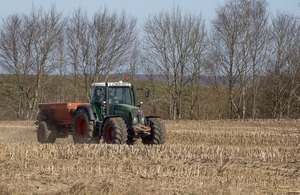 I welcome the publication of this report, which looks at the interaction between the immigration system and the agricultural sector.

The UK’s agricultural sector makes a vital contribution to the national economy and to the country’s food security. Stakeholders in the sector have made clear that they consider workers from abroad essential to meeting their labour needs, and while the future of immigration routes for agricultural workers remains a matter of political debate, the Home Office currently plays an essential role in providing a pathway that allows agricultural employers to source labour from overseas. Despite the disruption caused by the COVID-19 pandemic and the Russian invasion of Ukraine, the department has supported the sector through its administration of the Seasonal Worker visa scheme.

However, in a supply chain in which workers are vulnerable to exploitation, inspectors found that the Home Office needs to do more to ensure that its sponsorship regime is effective in protecting seasonal agricultural workers from unacceptable employment conditions. To prevent exploitation, there must be robust assurance of the requirements placed on the scheme operators for the Seasonal Worker route.

The efficient administration of effective immigration routes and the success of efforts to combat labour exploitation both require a strong, trusting partnership between the Home Office and the agricultural sector. In their meetings with stakeholders and businesses, inspectors found a significant appetite for improved engagement upon which the Home Office should seek to capitalise.

Finally, while the Home Office is a key enabler, there was a lack of overall clarity regarding the roles and responsibilities of the various government departments involved in the immigration routes available to the agricultural sector. Evidence gathered in this inspection points to the need for a more coordinated approach across government to address this issue. My report calls for the Home Office to lead the effort to develop such an approach, while recognising that other government departments, official bodies, devolved administrations, and local authorities all have a part to play.

I made three recommendations in this report. I am pleased that the Home Office has accepted all my recommendations and that work is already underway to tackle the issues raised.

This inspection report was sent to the Home Secretary for publication on 28 September 2022.