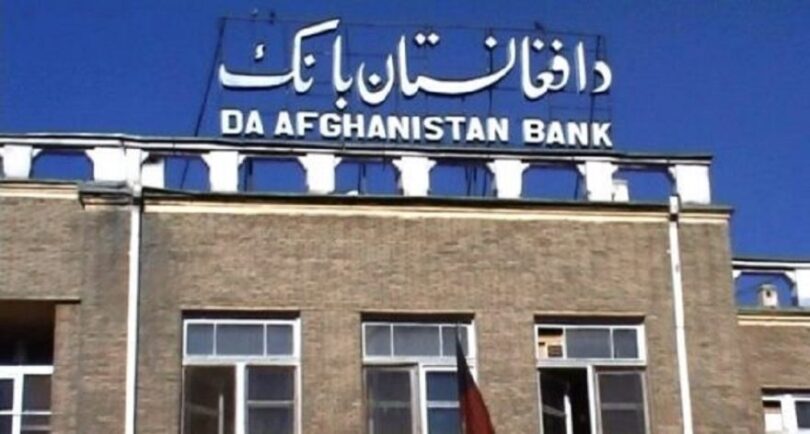 KABUL (khaama Press): Afghanistan’s Central Bank (Da Afghanistan Bank) has announced that the International Community’s cash aid has not been cut off and rejected the rumors in this regard.

Some national and international media outlets yesterday claimed that the United States and the international community have ceased cash aid to Afghanistan in response to the recent gender-based restrictions imposed by the Taliban regime banning women from university education to working with NGOs.

Da Afghanistan Bank on Sunday announced in a statement that rumors regarding the suspension of the International Community’s cash (humanitarian) aid to Afghanistan is wrong, and suggested the media adhere to the principles of neutrality.

This comes as certain American media claimed that the Biden administration in response to the recent ban on women’s education and employment by the Islamic Regime’s authorities is looking for options to “Punish the Taliban”, which includes cutting off the humanitarian cash aid.

Prior to this, Afghanistan used to receive $40 million per week, however, since the imposition of the recent restrictions on women’s education and employment, there is no update on the flow of the International Community’s cash aid package to the country.

The U.S., UN, and EU had jointly warned the Islamic Emirate of Afghanistan on the possible consequences of the late decrees issued by the Taliban regime’s Supreme Leader, barring women, and girls from attending universities and working with national or non-governmental organizations.

On the contrary, the Taliban authorities have repeatedly said that they prefer to align sociocultural matters in line with the Sharia Laws. What went on in Afghanistan over the past 20 years is not acceptable for the current regime. According to them, providing a pure Islamic environment where the hijab is fully maintained is the foremost priority before allowing women and girls back to public life.