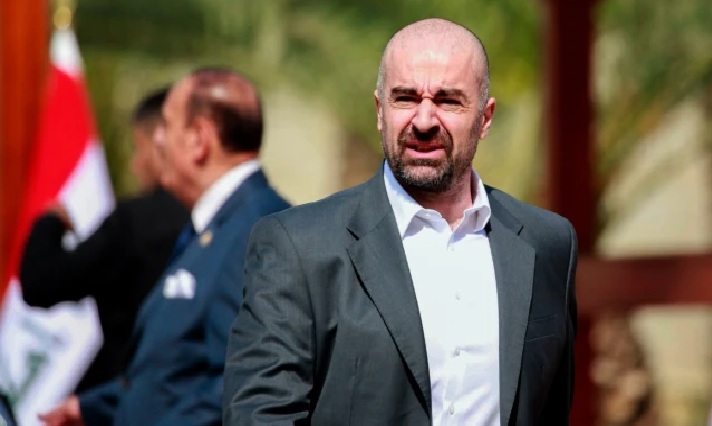 In his recent visit to Iraq, the White House coordinator for the Middle East and North Africa, Brett McGurk, focused much of his attention on Iraqi Kurdistan. This region has been a relatively stable part of Iraq, post-2003, but now faces a heightened risk of internal fragmentation and external threat. Frequent foreign attacks undermine prospects for stabilizing Iraq two decades after the U.S. invasion. The formation of a consensus Iraqi government in October, which includes both major Kurdish parties, presents an opportunity to resolve internal Kurdish issues, as well as outstanding ones with Baghdad, but this can be done only with American support.
Ensuring stability in Iraqi Kurdistan is important for the U.S. and its allies. The region plays host to coalition troops and various international organizations serving Iraq and Syria. Moreover, previous instances of instability in Iraqi Kurdistan, such as the financial crisis in 2020, triggered major refugee flows into Europe.
For many years, NATO member Turkey has had military bases in Iraq to fight the Kurdistan Workers Party (PKK), which both Ankara and Washington view as a terrorist group. Turkish airstrikes and skirmishes have killed many Turkish and PKK fighters, as well as Iraqi civilians. In late July, public anger with Turkey peaked when a Turkish airstrike hit a park in Duhok governorate, killing at least eight civilians and wounding more than 20, many of whom were tourists from central and southern Iraq. These operations also have displaced many families, most notably indigenous minorities such as Yazidis and Assyrians.
Turkey claims to have official approval to operate, but Iraq’s Ministry of Foreign Affairs has denounced these attacks. It is believed that the Kurdistan Regional Government (KRG) has allowed these operations to take place in defiance of Baghdad. Turkish airstrikes have continued in 2023 — the latest attack took place on Jan. 9 in Duhok. Prime Minister Mohammed al-Sudani has called for greater cooperation to guard Iraq’s borders and has begun including the chief of staff of the Peshmerga, the Kurdish security forces, in National Security Council meetings in Baghdad.
In addition, Iran has claimed responsibility for attacking Iranian-Kurdish opposition groups based in Iraqi Kurdistan. This happened in response to the protests in Iran over the killing of Jina “Mahsa” Amini. Iranian authorities attempted to distract and rally citizens around the flag by attacking “separatist” groups and blaming them for recent unrest. Attacks in September killed a pregnant woman in the town of Koye, and ballistic missiles were launched in November, targeting more Iranian-Kurdish opposition groups. In March, Erbil was hit with 12 ballistic missiles but Iran claimed to target Israeli intelligence presence.
Iran and Turkey appear to have taken military matters into their own hands, claiming Iraq is incapable of handling the opposition groups that have taken refuge in Iraqi Kurdistan. The past two decades have witnessed a breakdown in Iraqi security capacity in the face of civil war and terrorism. The Iraqi state has been weakened militarily over the years and the training it received from the Global Coalition is focused only on countering ISIS and not on bolstering overall military capabilities. The security set up with the KRG means that Iraqi Security Forces (ISF) have no presence there, despite border security being an important federal matter.
The United States has condemned attacks by Iran and Turkey but has done little to prevent their recurrence. Moreover, there has been little cooperation between the ISF and Kurdish Peshmerga forces since the defeat of ISIS. It will be difficult to achieve integration between the ISF and the Kurdish Peshmerga, since the Peshmerga operate as two separate forces — one belonging to the Kurdistan Democratic Party (KDP) and the other to the Patriotic Union of Kurdistan (PUK) — despite American military backing premised on the promise of unification. These divisions raise fears of a new civil war, a dangerous development that could spill over into the rest of Iraq.
American policymakers need to be wary of the growing division between the KDP and the PUK, which has intensified since the death of former Iraqi President and PUK leader, Jalal Talabani, in 2017. Internal division within the more dominant KDP is also likely to worsen as longtime leader, Masoud Barzani, grows older and more distant from politics. The fight for political dominance between his son, Masrour Barzani, and his nephew, Nechirvan Barzani, may plunge Kurdish politics into further chaos. If a conflict emerges between these potential heirs, it will draw in their allies from the rest of Iraq.
Despite Kurdish aspirations to democracy, Iraqi Kurdistan has never held elections on time; the 2022 elections were postponed for one year. Although elections can’t change the dominant political landscape, they can force the two parties to form a government together. A KRG with a renewed legal mandate would enjoy greater legitimacy when dealing with the federal Iraqi government. The Kurdish elections can be held alongside the provincial Iraqi elections in 2023, to save costs and maintain democratic practices.
This type of coordination and integration could build trust that leads to the resolution of more sensitive matters, such as border security. Given that Kurdish parties welcome partnership at the federal level, by leading ministries and holding the Iraqi presidency, they should similarly welcome partnership in securing Iraq’s federal borders. Unlike in the past, weak Iraqi borders are hurting the Kurdish region much more than the rest of Iraq.
The U.S. should encourage negotiations between Kurdish parties and their counterparts in Baghdad. Recently, the Iranian Foreign Ministry offered to mediate between Baghdad and Iraqi Kurdistan, which undoubtedly would bring Iranian interests to the forefront. Iran’s influence in Iraqi Kurdistan is a concern, especially given that a commemoration of Qassem Suleimani was held in Erbil and Sulaymaniyah and attended by high-level Kurdish officials. Considering this, the U.S. should present itself as an alternate mediator and build upon McGurk’s visit, especially considering American investment in Iraqi democracy.