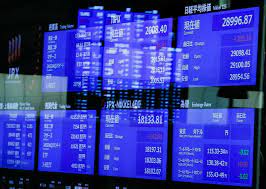 TOKYO (AFP): Tokyo stocks managed a four-day winning streak Wednesday as worries eased about a global economic slowdown while traders waited for corporate earnings season to get into full swing.

Relative stability in Japanese bond yields and speculation that the US Fed could decelerate or even stop its rate hikes eased the worries of Tokyo investors.

In early trade, the market came under profit-taking pressure after the Nikkei marked three winning sessions and the Nasdaq fell overnight. The Nikkei’s gains “brewed short-term overheating caution,” bringing the market under selling pressure, IwaiCosmo Securities said in a note.

“But it appears that the stability of domestic yields and speculation about an early termination of US rate hikes were encouraging investors sentiment,” the brokerage said.

Global investors are now looking at US corporate earnings, which are showing mixed results.

“In Japan, focus on corporate earnings is becoming more pronounced,” pushing players to pick individual shares rather than searching for broader cues to move the market, Daiwa Securities said.

The dollar was at 130.41 yen, against 130.17 yen in New York on Tuesday.
Motor maker Nidec plunged 5.38 percent to 7,145 yen after it announced disappointing earnings and forecasts.

Disco, a precision tools maker, also dropped 3.47 percent to 39,000 after its forecasts fell short of the market’s expectation.