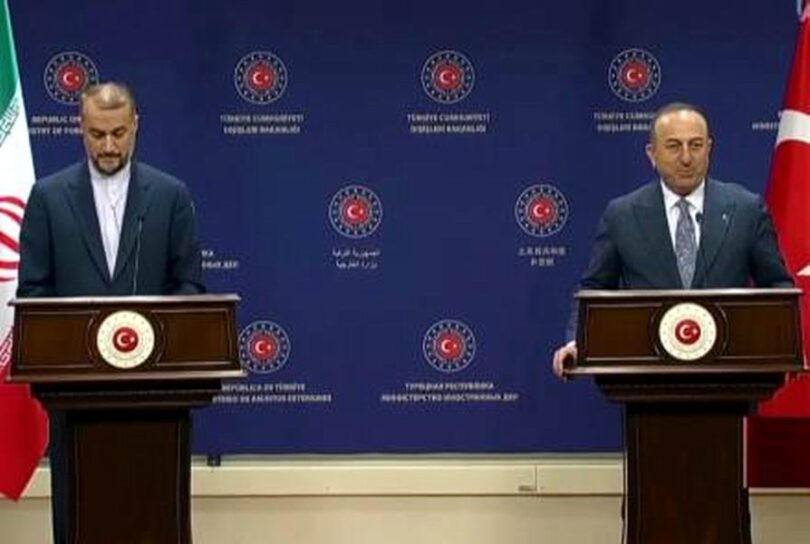 KABUL (TOLOnews): The Turkish foreign minister at a conference with his Iranian counterpart emphasized on the need to provide women and girls access to education and work.
Turkish Foreign Minister, Mevlüt Çavusoglu and Iranian Foreign Minister Hossein Amir-Abdollahian said on Tuesday that the there is no religious justification for the ban on women’s access to education.
“We have confirmed our consistent view regarding restrictions on girls children access to education and women’s access to work in Afghanistan,” the Turkish foreign minister said.
“We will engage in this regard with the Taliban or if it was needed we will continue our activities under the umbrella of the Organization of the Islamic Countries Cooperation. Our religion, Islam has not banned education and on the contrary it stresses on education. Then these issues are in contradict with our religion and are inhumane,” he added. According to UNESCO, more than 118 million girls across the globe are out of school.
The UN Secretary-General said that nothing can “justify keeping girls out of the classroom.”
“The ruling side in Afghanistan should pay attention that as much as we witness the restrictions regarding women’s rights and freedom, there will be further reactions,” said Marriam Arseen, a women’s rights activist.
“I am one of the girls whose schools were closed for the past two years and we were able to continue our lessons amidst many problems,” said Huma, a student.
“The restrictions that were imposed on women should be canceled and schools and educational centers should be reopened,” said Zahra, a student.
The decrees of the Islamic Emirate to ban women and girls from having access to education and work at NGOs have faced widespread reactions at national and international levels.
But the caretaker government says the decisions are not permanent and that they are temporary.