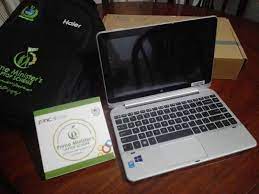 ISLAMABAD: The Public Accounts Committee (PAC) of the National Assembly (NA) has taken notice of the irregularities in the purchase of five lakh laptops between 2013 and 2018.

A meeting of the Public Accounts Committee was held in Islamabad on Tuesday. The PAC chairman Noor Aalam chaired the meeting.
The meeting was told that five lakh laptops were purchased at a cost of Rs 25.77 billion during 2013-18 by the federal government. Audit authorities apprised the meeting that there was an agreement to set up an assembling plant for the local production of laptops. Higher Education Commission (HEC) entered into an agreement with Higher Electrical Corporation to set up an assembling plant, the authorities added.

The HEC Executive Director Dr Shaista Sohail apprised the meeting that an assembly plant was constructed on Raiwind Road, Lahore in this regard. “The plant could not be made functional because Haier’s laptops did not have any demand in the market.” Earlier, PAC Chairman Noor Alam had put a ban on the YouTubers to join the meeting. He allowed only journalists from print media and TV channels. (NNI)