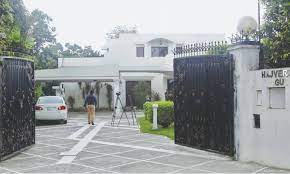 LAHORE: Finance Minister Ishaq Dar’s house in Gulberg area of Lahore was returned to him but in a “bad condition”.