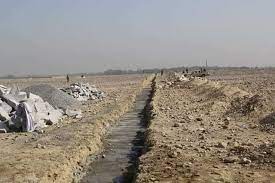 JALALABAD (Pajhwok): The yet-to-be built International Islamic University’s land has been partially usurped by local residents who have constructed houses on it in the Rodat district of eastern Nangarhar province.
Local officials also admit some part of the university’s land has been occupied by residents, but say they have started efforts to reclaim the land.
In 2012, leaders of the Organization of Islamic Cooperation decided at their 12th meeting in Cairo, the capital of Egypt, to build an international Islamic university in Kabul with financial support of the Islamic Development Bank.
At that time, the government allocated land for the university in Chahar Asyab district of Kabul province, but later a person claimed ownership of the land. A delegation led by the then ministers of education and agriculture also failed to resolve the issue.
Then in 2013, the Afghan cabinet under the leadership of Hamid Karzai decided that the proposed international university should be built in Nangarhar province. Although construction of the university started at the same time, it was not completed due to security problems.
Taking advantage of the situation, some local people grabbed parts of the university’s land and built houses there.
Mohammad Hassan, who has built house on the university’s land in Miran area of Rodat district, said he had purchased the plot from a local person.
He added: “We purchased these plots from the people of Miran village, they also provided us ownership documents and took responsibility of everything. What we can do now, we are helpless, the government should find the sellers to return out money or give us land somewhere else.”
Another resident of the area, Gul Jan, said he purchased the land from local people a few years ago when the construction work of the university had not started. Rodat district officials also confirmed a portion of the university’s land has been grabbed by local people and have built houses on it.
Maulvi Sadiqullah Mansoor, the Rodat district chief, said: “On the instructions of our leaders, we formed a special commission to look into the matter. The commission was comprised of representatives of the district administration, police and the intelligence department. We visited the area. The houses there have been constructed during the past government, we have now shared our report with the center, we will implement any decision they make.”
He said no one was allowed to construct new houses on the university’s land since the new government’s coming into power.
The Department of Information and Culture says the process of recovering usurped state land has been ongoing in the province and the issue of the International Islamic University is also being followed.
Qureshi Badlon, media coordination head of the department, told Pajhwok Afghan News that the commissioned concerned had started its work to wrest back all usurped government lands, including the land of the International Islamic University.