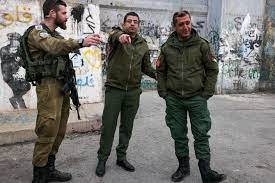 JERUSALEM (Reuters): A Palestinian man suspected of carrying out the deadly twin bombings in Jerusalem’s outskirts a month ago has been arrested, Israel’s police and domestic security service said on Tuesday.

The suspect was arrested six days after the Nov. 23 blasts which killed two people, police and Shin Bet said. They identified him as Islam Farouh, 26, and described him as a lone attacker driven by ideology akin to that of Islamic State.

A lawyer for Farouh could not immediately be reached.

The first explosive device went off at a busy bus stop at Jerusalem’s main exit during rush hour and the second, 30 minutes later, hit a bus stop near an outlying settlement.

They followed months of escalating violence in the occupied West Bank after Israel launched a crackdown in response to deadly Palestinian attacks in its cities.