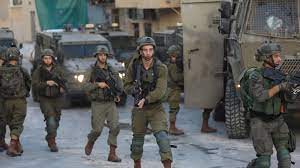 The two young men were shot dead by Israeli forces “during an assault on the village of Jaba, south of Jenin” in the north of the West Bank, the ministry said.

No further details were provided on the circumstances surrounding their deaths.

The Israeli army said in a brief statement that it had launched “counterterrorism activity” near the village, during which “suspects shot live fire” at them from a passing vehicle.

“The soldiers responded with live fire. Hits were identified,” it said, adding that no Israeli soldiers were reported injured.

A third Palestinian, 19-year-old Yazen Samer Jaabari, died of his injuries after he was shot by Israeli forces earlier this month, the ministry said.

He was wounded during in Israeli army operation on January 2 in the village of Kafr Dan, near Jenin, in which two other Palestinians were killed, according to the official Palestinian news agency Wafa.

The latest deaths bring up to 12 the toll of Palestinians killed this year during violence in the West Bank, occupied by Israel since 1967.

Israeli forces have launched near-daily raids in the West Bank following a wave of deadly attacks in Israel last year.

The surge in bloodshed last year saw at least 26 Israelis and 200 Palestinians killed across Israel and the West Bank, according to an AFP tally.

More than 150 of the fatalities were in the West Bank.