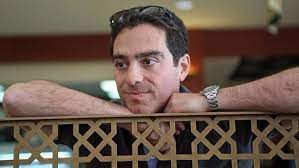 TEHRAN (Reuters): An Iranian American imprisoned in Iran for more than seven years on spying charges that the United States rejects as baseless appealed to US President Joe Biden on Monday to bring him home and said he was starting a seven-day hunger strike.

Siamak Namazi made the plea in a letter to Biden seven years to the day that Iran released five other US citizens in a prisoner exchange choreographed to coincide with the implementation of the 2015 Iran nuclear deal.

“When the Obama Administration unconscionably left me in peril and freed the other American citizens Iran held hostage on January 16, 2016, the US Government promised my family to have me safely home within weeks,” Namazi, 51, said in the letter to Biden released by his lawyer, Jared Genser.

Namazi asked Biden to spend one minute a day for the next week thinking about the suffering of US citizens detained in Iran, who include environmentalist Morad Tahbaz, 67, who also has British nationality, and businessman Emad Shargi, 58.

Namazi, whose father was allowed to leave Iran in October for medical treatment after being detained on espionage-related charges rejected by Washington, said he would be on a hunger strike for the same seven days.

“All I want sir, is one minute of your days’ time for the next seven days devoted to thinking about the tribulations of the US hostages in Iran,” he added. “Just a single minute of your time for each year of my life that I lost in Evin prison after the US Government could have saved me but didn’t.”

“We are working tirelessly to bring him home along with all US citizens who are wrongfully detained in Iran,” the spokesperson said. “Iran’s wrongful detention of US citizens for use as political leverage is outrageous.”