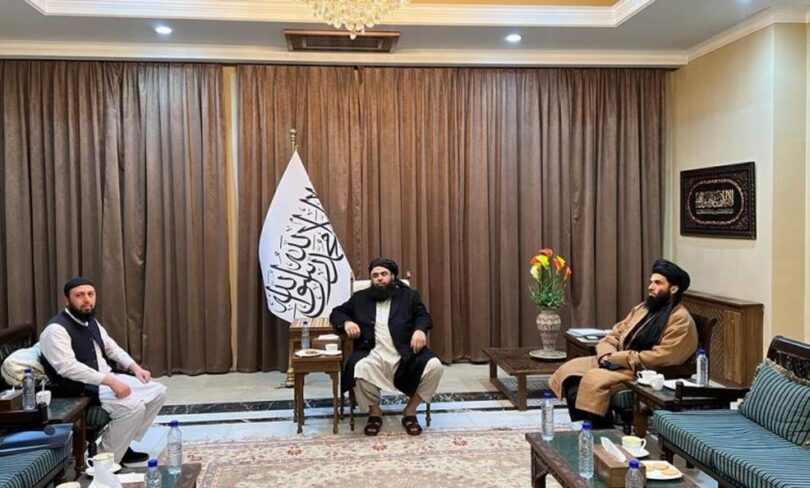 KABUL (Agencies): The Deputy Prime Minister of the Islamic Emirate of Afghanistan, Mawlavi Abdul Kabir, in a meeting with head of National Solidarity Movement of Afghanistan (NSMA) said that the Islamic Emirate invites all Afghans living abroad to return to the country.
According the Arg’s statement, Mawlavi Abdul Kabir, met with Habibullah Khalid Ghafari, an Afghan doctor living in London and the head of National Solidarity Movement of Afghanistan (NSMA).
Ghafari said that they are working abroad with the help and cooperation of other Afghan experts to improve the human condition of Afghans and address their health concerns.
He said that a large number of Afghans living outside the United States have demanded that the bank funds of Afghans be freed, humanitarian aid should be increased with Afghans, and efforts should be made for positive interaction with the Islamic Emirate.
“We want a a major hospital to reduce the health problems of Afghans And build a standard in Kabul, Ghafari added.
For his part, Kabir said that helping Afghans, reducing their problems and bringing the voice of Afghans to the world is the common responsibility of Afghans living abroad.
The IEA invites all Afghans living abroad to return to the country, to help their compatriots and serve their nation, Kabir added in the end.