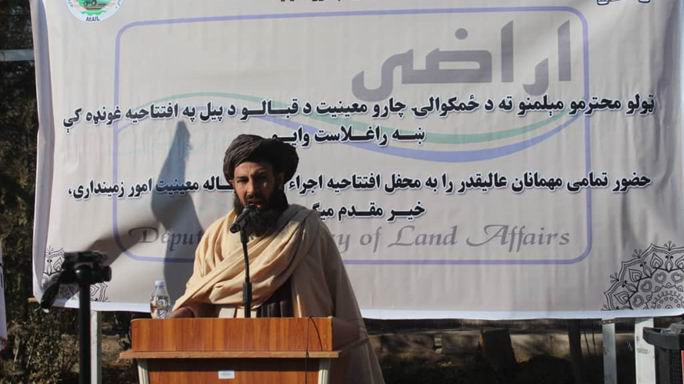 KABUL (Agencies): The distribution process of electronic permits in Herat started officially, while several ministerial officials were present at the beginning of the round, says local authorities of the province.
Ministerial and other organs officials, on the occasions of the process, say, that the problems of the landowners will be fundamentally addressed by receiving an electronic permit.
The Governor of Herat, Mawlana Noor Ahmad Islamjar, said that the discussion of land and land ownership is one of the most important issues, fortunately, this program was opened in Herat today, and many problems of the people will be addressed from the area of usurpation and lack of permits.
The provincial head of permits of the Ministry of Agriculture, Irrigation, and Livestock, says that there is no scope for fraud in these permits process and the usurpation of people’s lands will be prevented.