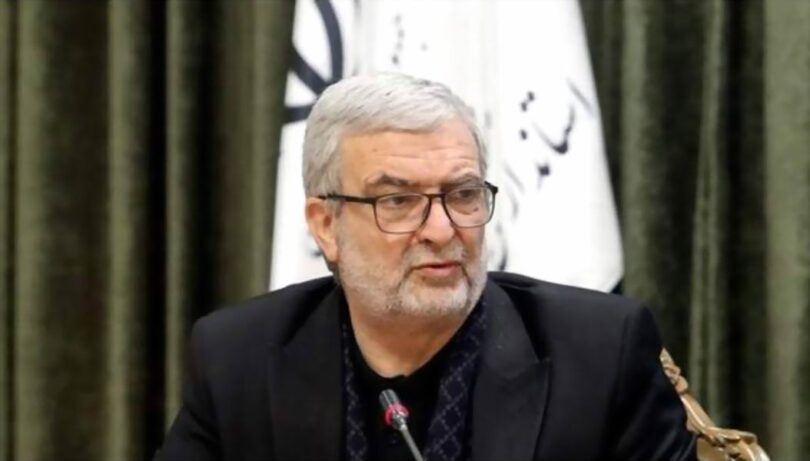 KABUL (Khaama Press): The Iranian ambassador in Kabul says that Afghanistan is a promising destination for investment, and provides the best business opportunities in different sectors.
Hassan Kazemi Qomi, Iranian Ambassador and Special Representative of the President of Iran for Afghanistan, stated in an interview on Thursday, that now is the best opportunity to invest in Afghanistan’s mining sector, and other domains.
Following the withdrawal of the American forces from Afghanistan, Iran has been able to maintain close relations with the Afghan Taliban government. As an immediate neighbor with deep cultural ties, Afghanistan has been significantly important for Iran for different reasons now than ever before. Expanding bilateral trade relations and investment in various fields can pave the way for Iran to achieve its economic goals in this country.
Qomi stated that cooperation with Afghanistan in various sectors is on the agenda of his country, based on humanitarian and Islamic morals. He further added that there is no better country than Afghanistan in the mining industry for Iran.
“Afghanistan is a close country for Iran in terms of carrying out economic activities and transferring knowledge and technology, as far there is good diplomatic ties, between two neighboring countries, Qomi added.
Currently, Iran imports basic goods form distant countries such as Australia, Brazil, and Latin American countries, with relatively high costs. Therefore, Iran can utilize Afghanistan possibly with serious economic barriers, as both countries are in dire need of economic development in their own contexts.
Meanwhile, Shahabuddin Delawar the Acting Minister of Mines and Petroleum of the Taliban administration, in a meeting with Iranian investors, asked them to invest in Afghanistan’s mining sector, which will enhance bilateral trade between the two neighbors.