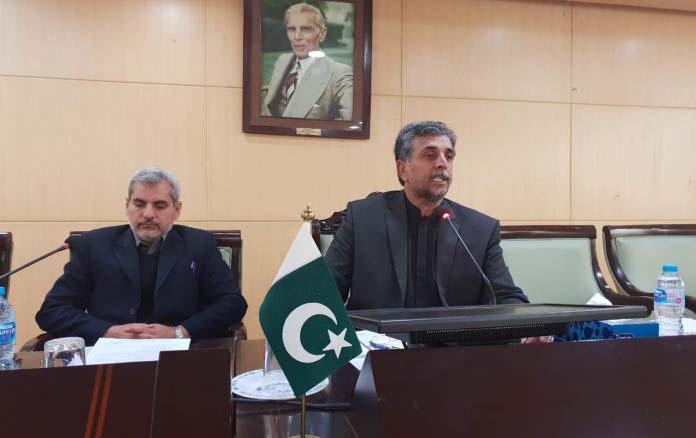 QUETTA (APP): Balochistan Minister for Irrigation, Muhammad Khan Lehri said the completion of Kachhi Canal project would fulfil the long-standing demand of the people of Balochistan and exert a positive impact on the economy of the entire region.
Talking to APP, he said the canal was a vital project to alleviate poverty and eradicate extremism in remote areas of the province by developing an agro-based economy.
“It is a good sign for the province that the land being cultivated in Sui and adjacent areas of the Dera Bugti district through the existing Kachhi Canal has brought a phenomenal change in the livelihood of the locals,” Lehri said.
With the completion of Phase 2, a new era of development and prosperity would dawn in Naseerabad, Jhal Magsi and Kachhi Districts, he added.
Lehri said the survey work of phase three was in progress and the construction work of the second phase of the project would also be formally initiated.
He said the agriculture sector in Naseerabad district would be further developed and at the time of the closure of the canal system, it would be possible to supply water for irrigation and other needs from the Kachhi canal.
He said that WAPDA had played a very important role in the completion of the canal.
Lehri said that he himself was monitoring the quality of the construction work of the project.
He said that PC-1 of the second phase of the Kachhi Canal Project would be approved soon to extend the project by another 58 kilometres.
Phase 1 of the Kachhi canal project would be completed next month as the development work of the project was near its completion, the minister said.
Phase-1 of the canal consisted of 363 kilometres in length and would be irrigated 103,000 acres of barren land in the Dera Bugti and adjoining areas, he added.
Under the expansion works, the existing main canal would be further extended by another 40 kilometres in the third phase of the project, he pointed out.
He said the project would irrigate a total area of 175,000 acres in Dera Bugti, Naseerabad, Jhal Magsi, Kachhi districts and other areas.
The 500 kilometres long canal, with a discharge capacity of 6,000 cusecs water, which takes off from Taunsa Barrage in Muzaffargarh district of Punjab enters Balochistan via Dera Bugti district.