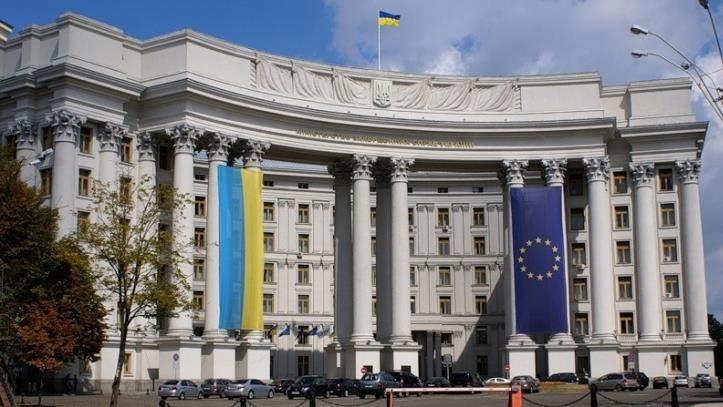 “The decree, which approves the simplified procedures for leaving Ukrainian citizenship and acquiring Russian citizenship, is null and void and shows Russia’s unwillingness to negotiate, the desire of its leadership to continue the war, the absorption of the territory of Ukraine,” a ministry statement said.

Describing the decree as a “forced imposition” of Russian citizenship on Ukrainians,” the statement said that Ukrainian citizens found themselves “in inhumane conditions and were deprived of the fundamental right to freely choose citizenship.”

“The procedure for issuing Russian passports to Ukrainian children and adolescents between 14 and 18 years of age who were forcibly moved to the territory of the Russian Federation … is a blatant violation of fundamental human rights,” it added.

The Foreign Ministry said the decree will have “no legal effect, will not be recognized by Ukraine or by the vast majority of UN member states.”

On Monday, Putin signed a decree entering into effect a process by which Ukrainians in the eastern Ukrainian regions of Donetsk, Luhansk, Zaporizhzhia, and Kherson can claim a Russian passport, effectively renouncing their Ukrainian citizenship.

Four Ukrainian regions, namely Luhansk, Donetsk, Zaporizhzhia, and Kherson, were attached to Moscow through a presidential decree in early October after Moscow-backed referendums were held, which have been widely rejected by the international community.