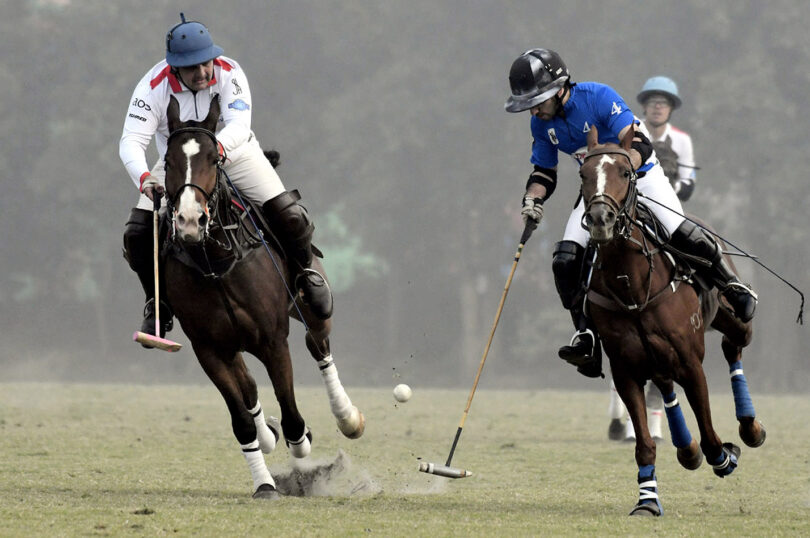 LAHORE: Diamond Paints/Sheikhoo Steel and FG/Din Polo qualified for the main final of the Coca-Cola Lahore Open Polo Championship 2022 after winning their respective semifinals played here at the Lahore Polo Club on Friday.

Manuel Carranza’s superb seven goals steered Diamond Paints/Sheikhoo Steel outclass Salam Polo by a good margin of 10-4 in the first semifinal. Nicolas Antinori, the foreign player of Diamond Paints/Sheikhoo Steel, got injured at the end of the first round and was replaced by Manuel Carranza, who remained instrumental throughout the next three rounds.

Carranza emerged as top scorer with a classic contribution of seven goals while his teammates Nicolas Antinori, Mir Huzaifa Ahmed and Omar Asjad Malhi scored one goal each from the winning side.

Tomas Marin Moreni fired in fabulous five goals in FG/Din Polo’s convincing 7-5 triumph over Diamond Paints in the second semifinal of the day. Moreno was top scorer from the winning side with a contribution of five goals while his teammates Shah Shamyl Alam and Mian Abbas Mukhtar converted one goal apiece. Lt Col Omer Minhas (R) cracked a quartet and Mir Shoaib Ahmed struck one goal for Diamond Paints.

The main final of the prestigious tournament will be played on December 25 between Diamond Paints/Sheikhoo Steel and FG/Din Polo at 3:00 pm while the subsidiary final will be contested between Master Paints Black and Remington Pharma on the same day at 1:30 pm. (APP)