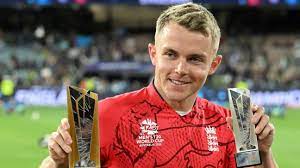 NEW DELHI (Agencies): England’s Sam Curran has become the most expensive auction buy in the history of the Indian Premier League (IPL) after being bought by Punjab Kings for £1.85m. Six franchises made a bid for the 24-year-old all-rounder before Punjab were eventually successful.

Yorkshire’s Harry Brook has been sold to Sunrisers Hyderabad for £1.35m. The 23-year-old was the leading run-scorer for England in their recent 3-0 Test series win in Pakistan. Curran was named player of the tournament at this year’s Twenty20 World Cup after helping England to become double white-ball world champions.

He took 13 wickets at an average of 11.38 in last month’s event in Australia and has improved his batting to become a genuine all-rounder. “Back to where it all started! Looking forward to it,” Curran tweeted.

The previous most expensive IPL player was South Africa all-rounder Chris Morris, who was signed by Rajasthan Royals for £1.6m in April 2021. That figure was overtaken again on Friday when Mumbai Indians paid £1.75m for Australian all-rounder Cameron Green.
England red-ball captain and all-rounder Ben Stokes was acquired for £1.63m by Chennai Super Kings – one of the franchises to miss out on Curran.

Left arm seamer Josh Little became the first Irish player to win a full IPL contract as he was signed by Gujarat Titans for nearly £450,000.