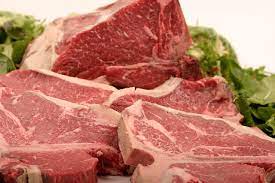 LAHORE: Lahore Chamber of Commerce and Industry (LCCI) on Monday urged the government to grant industry status to meat sector because their exports were at par with leading export sectors of the country.
This was stated by the LCCI President Kashif Anwar while talking to a delegation of Halal meat exporters here at the Lahore Chamber where LCCI Senior Vice President Chaudhry Zafar Mahmood, Vice President Adnan Khalid Butt, Convener LCCI Standing Committee on Meat Export Mian Abdul Hanan, Secretary General Meat Association Syed Hassan Raza, LCCI Executive Committee Members Raja Hassan Akhtar and Muhammad Tanveer also spoke on the occasion.
The LCCI President said that Pakistan could capture a big share for Pakistani products in the international Halal meat/food market of over US $ 3 trillion as it had the potential and all required resources.
He said that meat sector should be given tax exemptions, adding that there was no proper place for meat handling at airports therefore, Civil Aviation Authority should resolve this issue.
He said that one window operation should be started for the scanning process and there should be a mechanism for animal disease reporting.
The LCCI President said that volume of international Halal meat/food trade was well over US $ 3 trillion but Pakistan had a meager share despite having all resources for becoming market of Halal Food for the world.
He said that some crucial measure by the government could help tap huge potential in this sector. He said that promotion of Halal products should be National Agenda as it could give a quantum jump to the exports. It was a matter of concern that there was no Muslim country included in top Halal food exporters.
Although Pakistan had big potential of exporting Halal meat globally, with little efforts Pakistan could easily grab the international Halal food market and could triple the exports of this particular sector, he added.
Kashif Anwar said that the global Halal food market was becoming one of the fastest growing markets. Despite having best strategic position, dynamic Halal food sector and direct gateway to the millions of consumers in Central Asia and Middle East, Pakistan’s share in international Halal food trade was negligible while even a number of non-Muslim countries like Thailand were leading in this sector that should be a matter of concern for the Muslim countries.
He said that demand for Halal Products had increased manifold because of growing Muslim population world over therefore the government should encourage the export of Halal products.
He said that the Lahore Chamber was doing the needful for the promotion of Halal products but the government would have to come up with a package of incentives so that quality Halal foods could be exported from Pakistan.
The LCCI President urged the exporters to continue to explore available opportunities in the world market and focus on Research that was a must while doing business at global marketplace. He said that hand-holding by the government could help jack-up exports of Halal products to over USD 10 billion.
He said that the Middle East, South Asia, East Asia, Central Asia, Europe and North Africa spent most on food and beverages therefore these regions should be targeted for Pakistani Halal products.
He said that Pakistan’s strength was a 100 percent Halal production base, with over 220 million consumer in Pakistan and a direct access to millions Halal consumers in Central Asia, Middle East and Europe. He said that Pakistan had great opportunity to grab its share of global Halal product market by enhancing its production and improving quality.
He said that the government should formulate a strategy in collaboration with private sector to lift Halal food exports. Government should also hold exhibition across the world in order to provide Pakistani exporters with the opportunity to showcase their products. He also called for availing modern technologies. (APP)