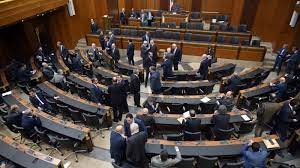 BEIRUT (Agencies): Lebanese parliament has failed for the 10th time to elect a president on Thursday, prolonging an institutional void amid a deep economic crisis.

This week’s vote was reflected the previous session to elect a president, with many MPs spoiling their ballots, including one who cast a vote for “Nelson Mandela.”