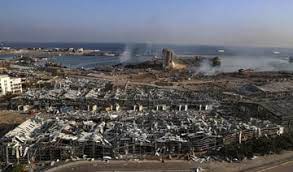 BEIRUT (Reuters): Lebanon’s top public prosecutor on Wednesday ordered the release of all those detained in connection with the Beirut port blast and said an investigating judge should not have resumed the investigation this week.

The decision by Ghassan Oueidat, a copy of which was obtained by Reuters, said those detained would be released “without exception” but would face a travel ban.