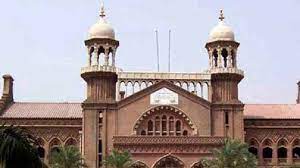 LAHORE (Agencies): The Lahore High Court (LHC) has reprimanded an officer of the Federal Investigation Agency (FIA) for submitting an unsatisfactory report in a case related to inclusion of the name of the wife of former federal minister Moonis Elahi in the ‘no-fly list’.

Justice Shehram Sarwar Chaudhry expressed displeasure while hearing a petition moved by Tehreem Elahi after she was barred from boarding her reserved flight on Jan 10 by the immigration official at the Lahore airport for having her name on the no-fly list.

The investigation agency defended the move, stating that the FIA had found an illegal transaction of Rs27 million in Tehreem Elahi’s bank account in 2020. During the hearing, FIA Assistant Director Sarfraz Virk appeared in the court and submitted a reply to Tehreem’s petition. “It appears to be a political matter,” Justice Chaudhry commented while expressing dissatisfaction over the FIA’s report.

“You people are here to do your jobs or contest elections,” the LHC judge taunted Mr Virk, adding how he had got the post. The FIA assistant director told the LHC that the petitioner was summoned to join investigation. The court remarked there was no stay order against the probe and asked: “Can the FIA place the name of any citizen in the stop list merely on the basis of inquiry?” Such postings did not last long, Justice Chaudhry remarked.

“You hold the post of assistant director but your work is just copy and paste,” he rebuked the FIA officer and ordered him to appear in the next hearing along with the Provisional National Identification List (PNIL). The judge said the LHC had already disposed of a money-laundering case against the Chaudhry family. To which, the counsel for the federal government said the case against Tehreem was different.

At one point, Justice Chaudhry said the FIA assistant director spoke lie in court, commenting: “It seems the FIA officer does not care about his career.” Mr Virk tendered an unconditional apology, however, the LHC judge remarked he would look into his apology in the next hearing on Jan 27.