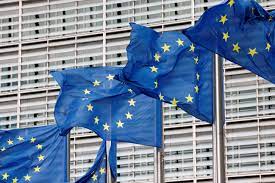 BRUSSELS: The Council reached an agreement (general approach) on a proposal to track and reduce methane emissions in the energy sector. The text is the first of its kind and a crucial contribution to climate action, as methane is the second most important greenhouse gas following carbon dioxide.

The proposal introduces new requirements for the oil, gas and coal sectors to measure, report and verify methane emissions (MRV) at the highest standard. Operators will need to carefully document all wells and mines, trace their emissions and take appropriate mitigation measures to prevent and minimise methane emissions in their operations.

The general approach overall clarifies the provisions of the proposal and takes into account different types of infrastructure like offshore platforms, underground pipelines, or distribution networks. It also allows utilising various devices used to measure emissions and introduces flexibilities in specific national or geological circumstances.

Operators will have to measure and draw reports on methane emissions that will be checked by independent accredited verifiers.

Under the new rules, operators will have to detect and repair methane leaks. Operators will need to carry out surveys of methane leaks in different types of infrastructures at set intervals, using devices with proposed minimum leak detection limits.

Operators will then need to repair or replace all leaking components above certain levels immediately after detection, and no later than five days for a first attempt and 30 days for a complete repair. The operators shall prioritise repairs of larger leaks. Offshore oil and gas wells deeper than 700 meters will be exempt, as emissions from those depths have a limited potential of reaching the atmosphere and the insufficient methodology for properly measuring emissions from such wells.

The general approach increases the detection limits and repair thresholds, in order to increase the efficiency of addressing significant volumes of leaks rather than larger number of small leaks representing lower shares of emissions.

Venting and flaring practices, which release methane into the atmosphere, will be banned except for narrowly defined exceptional circumstances, like construction, repair, decommissioning, safety or testing of the components. The ban will apply immediately at the entry into force of the regulation. In case its implementation is not possible due to further requirements such as permitting process or where the unavailability of equipment causes an exceptional delay, the implementation of the ban may be postponed by two years at most.

In the coal sector, member states will have to continuously measure and report methane emissions from operating underground mines and from surface mines. They will have to draw a public inventory of closed and abandoned mines since 50 years ago and measure their emissions.

Venting and flaring from closed and abandoned mines will be banned from 1 January 2030.

Methane emissions outside the EU

Methane emissions of the EU’s energy imports will also be traced. The new rules will put forward global monitoring tools that will increase transparency of methane emissions from imports of oil, gas and coal into the EU, which will allow the Commission to consider further actions in the future. The creation of two tools will show the performance and reduction efforts of countries and energy companies across the globe in curbing their methane emissions.

The Council will now enter negotiations with the Parliament to find an agreement on a final text.

The Commission presented the proposal for a Regulation on methane emissions reduction in the energy sector on 15 December 2021, as a second part of the ‘Fit for 55’ legislative proposals that aims to implement the European Green Deal with a view to achieving climate neutrality in the Union by 2050.

The proposal follows from the strategic vision set out in the EU Methane Strategy in 2020. At the COP26 UN Climate Conference in 2021, the EU launched the Global Methane Pledge in partnership with the United States, whereby over 100 countries committed to reduce their methane emissions by 30% by 2030 compared to 2020 levels.