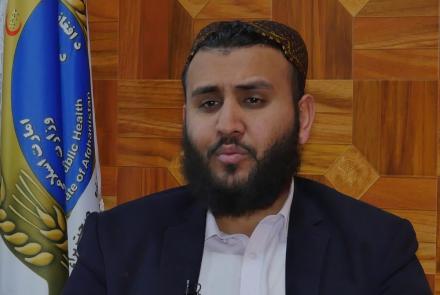 KABUL (TOLO News): The Ministry of Public Health on Wednesday said that at least 75,000 cases of measles have been recorded in the country in 2022.

The ministry said that more than 300 children have died from the disease illness over the past year.

“This year, we registered at least 75,000 positive cases of measles across the country, and 382 children died from the diseases,” said Sharafat Zaman Amarkhail, the spokesman of the ministry.

Doctors said that lack of vaccination among children is one of the main causes of the rise in measles cases and deaths in the country.

“If a child receives vaccinations, ill children are separated from the healthy children, and if a child is well-nourished, the cases will reduce,” said Mohammad Arif Hassanzai, a doctor.

“At first, water was coming from his eyes and mouth. Later, he developed a fever and red rashes appeared all over his body. We took him to the doctor. He is hospitalized for the past five days and doctors say it is measles,” said Samira, a child’s mother.

In the nation’s most recent measles vaccination campaign, over 5.6 million children between the ages of nine months and five years received the vaccine.