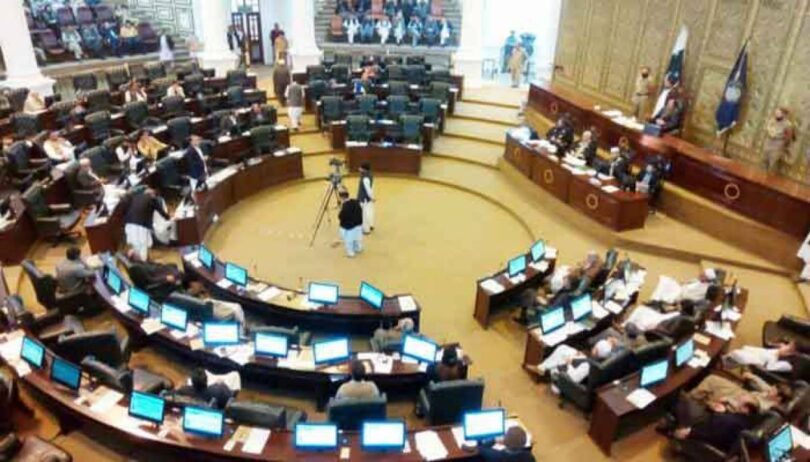 Recently, the Pakistan Muslim League-Nawaz (PML-N) has challenged the Aircraft, Helicopter bill approved by the Khyber Pakhtunkhwa (KP) Assembly in Peshawar High Court. Earlier, the PTI-led government in KP passed a bill from the Assembly to allow the use of aircraft or helicopters by the functionaries of the government at public expense for personal gains. The bill empowers the chief minister to allow any minister, advisor, public, and government servant to utilize the facility at the public expense effective from November 1, 2008. Ironically, the so-called public saviors also enlisted in the legislation that the subject legislation could not be challenged or undone by anyone after its approval.

There had been an unprecedented uproar in the media regarding the use of KP’s government’s helicopter by the former Prime Minister for attending PTI public rallies during the PTI anti-government campaign after the ouster from power. Before PTI’s rivals move to the courts to file a petition against the misuse of government helicopter for nongovernment activities by the KP government, the PTI government in the province moved the KP Ministers Salaries, Allowances and Privileges (Amendment) Bill 2022 in the Assembly to forestall the issue. The bill was hurriedly passed by the KP Assembly amid hoe and cry by the opposition without any deliberation in the relevant standing committee, while the opposition termed the bill an NRO and blanket immunity for the PTI for its own misdeeds over by past eight years in office. Currently, the ball has reached the court that would decide the legality of the bill or otherwise.

Realistically, public representatives are answerable to the public for their conduct both in their personal lives as well as the public domain particularly dealing with government matters. Although, legislation is the prime responsibility of the legislature, however, legalizing their colleagues’ misconduct or coverup of the sins of their predecessors is not mandatory for them and unlawful under all conditions and pretexts. Being a lawmaker does not mean impunity from the constitution or some kind of relaxation from the state law for the public representatives. In fact, legislation must be in the interest and well-being of the country and the nation instead of the protection of any particular political group, trade cartel, or other influential.

The Pakistani nation has given unparalleled support and a heavy mandate to Pakistan Tahreek-e-Insaf (PTI) during the 2018 election because of its fascinating political manifesto whose important points were the rule of law, merit, and transparency, eradication of corruption and promotion of human rights and civil liberties in the country. The recent legislation of the KP Assembly regarding the Ministers’ Salaries, Allowances, and Privileges (Amendment) Bill renewed the legacies of the famous Mughlai era when great Mughlai Emperors were used to throwing away massive rewards in the shape of jewels, diamonds, villages, districts, and states not only to their men but to their forerunners and successors in recognition of their services to the kingdom. Apparently, such kind of personalized legislation had badly damaged the PTI’s core values and decades-long narrative which always revolves around the common public instead of feudal and grandfathers. Hopefully, the adjudicators will correct the course of the leaders through a lawful appreciation of the controversial legislation.