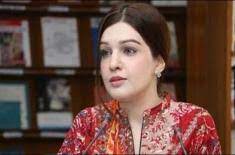 RAWALPINDI: Chairperson of Peace and Cultural organization Mushal Malik Thursday said that India had turned Indian Illegally Occupied Jammu and Kashmir (IIOJ&K) into a prison, where the deaths and tortures were still going on.

While inaugurating the photo exhibition at Punjab Arts Council (PAC) Rawalpindi to mark Kashmiri’s right to self-determination day, she said Kashmiris, after 75 years of independence, were still standing where they were in 1948.

She said that by building new settlements in the occupied valley, fascist Modi’s conspiracy to turn Kashmiris into a minority continued.
“Despite being the target of all the Indian atrocities, the Kashmiri people are shouting the slogan of Pakistan Zindabad.”

Mushal urged the United Nations to pressure India to implement its resolutions on Kashmir.

“India is involved in violation of Geneva convention and United Nations Security Council resolutions in Occupied Kashmir”, she added.
Let’s pray that 2023 will be the year of freedom from Indian atrocity rule for Kashmiris.

In the end, Malik said that the Punjab Arts Council had always presented the actual image of Indian illegally Occupied Kashmir to the world.

While speaking on the occasion, Director of Arts Council Waqar Ahmed said that the United Nations Security Council had passed a resolution on January 5, 1949, in which Kashmiris’ right to self-determination was recognized.

According to the resolutions of the United Nations Security Council, they will have the right to decide their future.

Unfortunately, despite the passage of 75 years, Kashmiris had been deprived of this right while the Muslim Ummah and the people of Pakistan stood with the Kashmiris in their struggle for self-determination. A large number of people from the neighbouring cities participated in the exhibition. (APP)