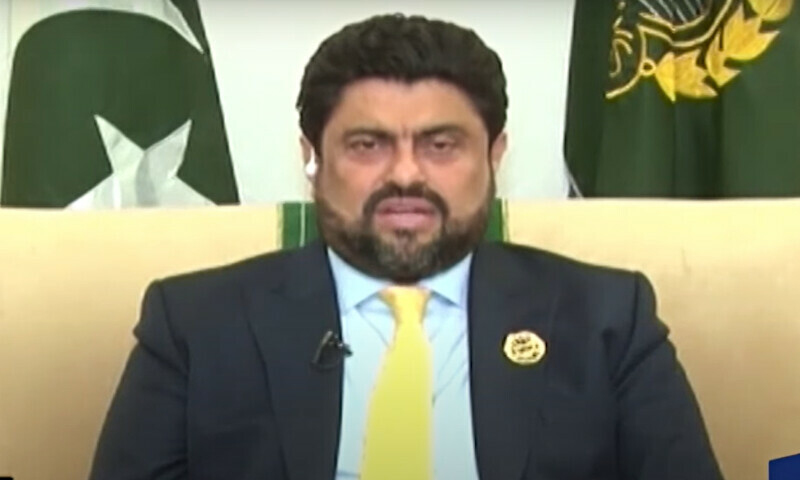 KARACHI (INP): Sindh Governor Kamran Tessori has said Muttahida Qaumi Movement (MQM) “will remain part of” the Pakistan Democratic Movement (PDM) — the ruling coalition government. Responding to a question in an interviewy, the governor expressed the hope that such a situation will not occur in which disagreements between the MQM and PPP worry the PML-N, which has its prime minister in the federal government.
The host mentioned that there are “reports that […] neither you — the MQM — nor the Peoples Party is ready to back off”, and asked how much of a “frustrating situation” this was for the federal government, referring to the possible cracks forming in the PDM alliance if the MQM decides to part ways. Tessori replied: “No, I do not think that such a situation will occur. MQM will remain part of the PDM. And the effort will be that all people are understanding and not cause trouble for the people.”
The statement comes after a series of talks between the MQM and PPP over objections the former had on the delimitation done for the local government (LG) elections to be held in Karachi and Hyderabad on Jan 15. The leaders of the two parties, along with federal ministers, met at Bilawal House on Monday upon the PM’s recommendations but failed to meet the desired objective with the PPP unconvinced by the MQM’s demand to conduct fresh delimitation in the two cities.
The next day, PPP Chairman Bilawal Bhutto-Zardari told reporters that the party would continue to work with the MQM despite differences. However, later in the day, the MQM announced plans to hold a protest on Jan 9 against the PPP while admitting a deadlock with the PPP government with “grim chances of a positive outcome”.
In an effort to gain allies, MQM leader Dr Khalid Maqbool Siddiqui also visited the headquarters of the Pak Sarzameen Party (PSP) on Tuesday night and met its chairman Mustafa Kamal. In the most recent development on the matter, Dr Siddiqui visited the headquarters of the Jamaat-i-Islami (JI) on Wednesday where he invited all political parties, including rivals JI and PSP, to join its voice against “injustices with urban Sindh”.
During the interview on Wednesday night, Tessori went on to list the current issues facing the public: “The distressed condition of the people is very worrying [as] gas isn’t being supplied [properly] to the whole country, there is an electricity crisis and a water crisis, people are facing unemployment, the economy is in a bad shape.” The MQM leader said: “In this period, instead of criticising and correcting each other, […] serve the people.”
He warned that the public would “raise their voice if they did not receive gas [and] electricity [and other necessities], which would be unsuitable for all the political parties”. He reiterated that it was “not a time to do politics […] but to serve the people”. Commenting on the deadlock with the PPP on LG elections’ delimitations, Tessori said Siddiqui’s stance was in line with the agreement signed with the PDM allies, which “clearly states that both sides would jointly carry out the delimitation [with consensus]”.
The governor added: “If an [agreement] has been signed, why is it not being fulfilled? […] I can only request both parties — not force them — that they draft a solution with consensus and without conflict.” When asked whether the MQM in Pakistan has any connection with MQM-London, Tessori replied that his party is MQM-Pakistan and there is “only one MQM that has a kite as its logo”. The MQM leader added, “Any MQM other than us — whichever MQM is it and wherever — has no relation to MQM-Pakistan.”
When asked about his sudden return to the country to become governor, Tessori said he was not removed from the party but “suspended”. He further said that Siddiqui invited everyone, including him, to the party in a press conference and that’s when he decided to rejoin the party.