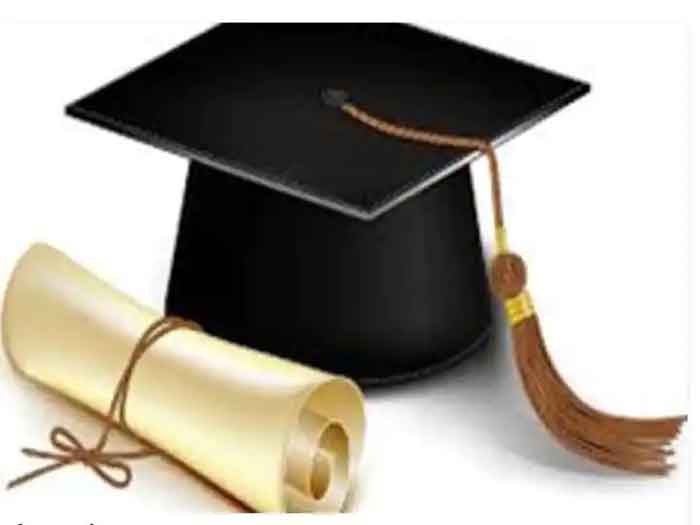 In India, the nightmare for Indian Muslims does not appear to be ending anytime soon. As if the daily physical and virtual assaults on Indian Muslims weren’t enough, the government of India has decided to further torment the Muslim community by scrapping the Maulana Azad National Fellowship (MANF). Following the report of the Sachar Committee in 2006, the scholarship was launched by the UPA-I government to support students from minority communities, such as Muslims, Christians, Sik-hs, Buddhists, and Parsis, to pursue higher education. It was India’s only fully funded fellowship, providing financial assistance to six notified religious minority students seeking higher education.
However, due to the highest proportion of Muslims among minorities, the majority of MANF recipients were Muslim students. As a result, Muslim students would be the most affected by the discontinuation of the scholarship even though it helped all minorities. Given the anti-minority stance of the incumbent government and the fact that the scholarship is named after a prominent Muslim leader and freedom fighter, Maulana Abul Kalam Azad, and that the majority of scholarship recipients were Muslims, it would not be incorrect to assume that the target of the decision is the Muslim community. The government must be reminded that the decision to discontinue the MANF is going to affect all minorities not just the Muslims. It may shift its anti-Muslim stance to another arena that only affects Muslims.
The ministry of minority affairs stated that the MANF scheme was no longer required because it ran concurrently with other scholarship programs. This is true because all minority students are eligible to receive assistance from the Junior Research Fellowship (JRF), and many receive a-ssistance from the National Fellowship for OBC and a few receiving assistance from the National Fellow-ship for ST. However, these scholarships are given separately, not simultaneously. It means that if student A receives a scholarship from JRF or another parallel government scheme, he or she will be ineligible for all other schemes.
Given the reasoning of the minority affairs ministry to discontinue MANF, I sincerely hope that other ministries don’t follow suit and stop giving fellowships to Scheduled Castes (NFSC), Scheduled Tribes (NFST), Persons with Disabilities (NFD), and Other Backward Classes (NFOBC). Because Stud-ents from these communities and groups also benefit from one or more schemes in addition to the above fellowship schemes exclusively for them. If they do, which they will not (which is great), there will be only one overarching scholarship program for all students, which will primarily benefit upper caste and upper-class students. Now, you can understand the gravity of the situation that how the government by this decision has compromised the constitutional mandate of justice and equity for the marginalized sections of the society. In this scenario, the minority Muslim community is the primary target. The minorities, especially Muslims will be left to compete only in a general or group scholarship schemes where the combined educational level of all including SRCs is better than Muslims. In this unfair competition, Muslims will suffer the most. This will lead further marginalization of Muslims in higher education.
Considering that this government has been hostile to religious minorities, especially Muslims and Christians, it would not make sense to say that the ministry made an honest decision. After all, the decision to repeal MANF comes at a time when the Indian government has been systematically attacking the Muslim community at large. It has been accused of committing atrocities in the name of “nation-building” and “national security,” and of enacting anti-Muslim policies such as the Citizenship Amendment Act (CAA) amongst many. The shutting down of the MANF is just another attempt by the government to harass and marginalize the Muslim community.
The decision appears to run counter to the government’s own oft-repeated slogan “sabka saath, sabka vikas”. However, it is very much in line with the ruling party’s unstated ideological position of excluding Muslims from all walks of life. The latest move is a cruel reminder that the government does not care about the welfare of the minority community and is instead intent on punishing them. The decision to close the MANF disproportionately affects Muslims and deprives them of a valuable educational opportunity. It also sends a clear message that the government is not interested in promoting education among the Muslim community.
The decision to discontinue the MANF scholarship is particularly worrying for Muslim students who have the lowest educational attainment levels among all socio-religious categories (SRCs). Numerous government reports and policies have for a long time shown that the educational standards of Indian Muslims are deteriorating, but despite this, neither the current nor the previous governments have taken any concrete action. Rather, this government is hell-bent on robbing Musl-ims of whatever limited op-portunities exist for them.
This latest step by the Indian government is therefore a blatant disregard for the rights of the Muslim minority and a violation of their fundamental right to education.

At every level of educational attainment, Muslims fall behind both the general population and other socio-religious categories. The disparity in higher education attainment is considerably more pronounced and starker. As above Chart. indicates, only 2.76 percent of Muslims get a bachelor’s degree or higher, compared to 5.98 percent of Hindus, 8.85 percent of Christians, 6.40 percent of Sikhs, 6.18 percent of Buddhists, and 25.65 percent of Jain. Given that Indian Muslims have the lowest educational backwardness of all socio-religious categories, and particularly in higher education, only a heartless and callous government could make such a decision.
The decision to terminate MANF is undeniably a regressive step that will disproportionately affect the Indian Muslims among the SRCs. It will further dim the already bleak prospects of Muslims in higher education. The move will even more deepen the sense of hopelessness and alienation among Muslim youths. The government must reconsider and overturn its decision.