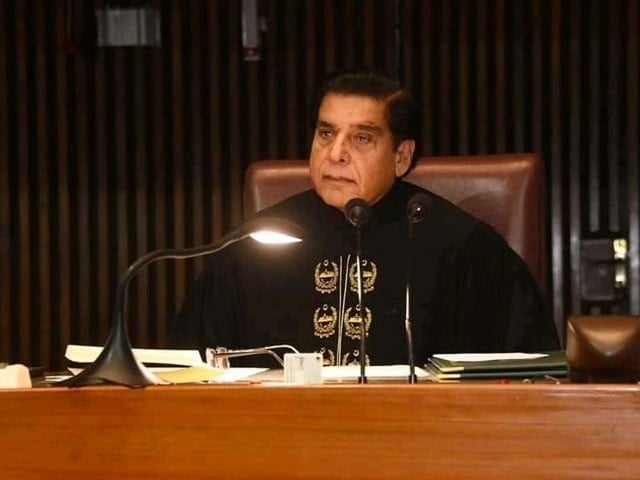 ISLAMABAD (APP): National Assembly Speaker Raja Parvez Ashraf has asked PTI lawmakers to meet him on Thursday morning for verification of their resignations, which have been lying pending with him despite the lapse of several months.
Speaker Raja Pervez Ashraf told media persons that PTI’s chief whip Malik Amir Dogar had contacted him last day via telephone seeking time for meeting to discuss confirmation of resignations. Speaker said he told Dogar he was in Larkana and will return back to Islamabad on Wednesday.
“My flight was on Wednesday, luckily I got a flight on December 27 and reached Islamabad.”
Speaker said he was in his chamber on Wednesday and waited for PTI lawmakers but they did not turn up. Speaker said he himself contacted Malik Amir Dogar, who asked for a meeting on Thursday morning instead of Wednesday.
Earlier, he said the PTI members were personally summoned to the National Assembly to confirm the resignations, but not a single MNA bothered to appear to confirm the resignations in a personal capacity. The speaker also reiterated that there was a clear procedure in the Constitution of Pakistan and the rules of business of the National Assembly regarding the confirmation of resignations of MNAs and this procedure would be followed in letter and spirit. As a speaker, he has the power not to accept the resignation of a lawmaker as he was the speaker of all parties. The matter of confirmation of resignations will be dealt with in accordance with the constitution, law, rules, and regulations of the National Assembly.
”If Shah Mehmood Qureshi comes to the National Assembly, I will welcome him,” he said while replying to a question adding the PTI MNAs should attend the National Assembly proceedings as the Parliament was the representative of over 220 million people of Pakistan.
The country’s pressing issues should be resolved in Parliament by setting aside political expediencies.
The current situation demands collective work for the country’s betterment. As Custodian of the House, he will never do anything that is against the Constitution and the law, he said.
Abdul Shakoor Shad, the PTI lawmaker from Karachi’s NA-246 constituency (Lyari), had challenged his resignation in the Islamabad High Court (IHC) claiming that he did not resign from his National Assembly seat and that his resignation letter was written by a computer operator at PTI’s head office and was signed by 123 members.
Later, Speaker visited the monument established in the lawns of Parliament House in remembrance of the ‘unsung heroes of democracy’.
The Speaker expressed his indignation over the poor maintenance and sub-standard repair work of the monument and directed the senior officials of the Capital Development Authority (CDA) to restore the monument to its original condition by completing the renovation and repair work within three weeks.