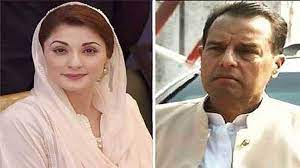 ISLAMABAD: The National Accountability Bureau (NAB) has decided not to challenge the acquittal of PML-N Vice-President Maryam Nawaz and her spouse Captain (retd) Muhammad Safdar in Avenfield reference, on Wednesday.

The NAB has decided not to challenge the Islamabad High Court’s decision in Avenfield case in the Supreme Court.

The NAB has also informed its Prosecution Branch about the decision through a letter.

In September last, the Islamabad High Court had set aside the conviction of Maryam Nawaz and her husband Capt Safdar handed down by an accountability court in the Avenfield reference four years ago and acquitted the couple.

In July 2018, the accountability court had sentenced Maryam to seven years in prison and imposed a fine of two million pounds on her. Safdar was sentenced to one year in prison. The couple was later released on bail, after which their appeals were pending.