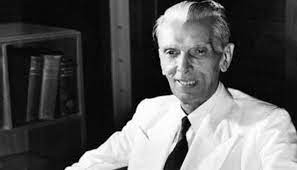 ISLAMABAD: The entire nation is set to celebrate the 146th birth anniversary of Quaid-e-Azam Muhammad Ali Jinnah, the founder of Pakistan, today with traditional zeal and fervour and a pledge to uphold his guiding principles of unity, faith, and discipline, on Sunday.

The nation is busy in preparations to pay rich tributes to Quaid-e-Azam for his untiring struggle, sagacity and leadership that led to the creation of a separate homeland for the Muslims of sub-continent.

Public and private departments will hold a variety of events including seminars, conferences, competitions and discussion programs to highlight the messages and vision of Quaid-e-Azam.

The national flag will be hoisted on major government buildings throughout the country on the birth anniversary of the founder of Pakistan. The day will dawn with special prayers for the security, progress and prosperity of the country.

Special events will be arranged on the day to highlight and promote the ideals and views of the father of the nation, particularly with regard to rule of law, the supremacy of the constitution, and the upholding of democracy.

The ceremony was presided over by noted literary person Dr. Ehsan Akbar while Haroon-ur-Rasheed Tabassum, Yusuf Aziz, Jabbar Mirza, and Professor Dr. Fakhar-ur-Islam were the special guests at the occasion.

Screening of video documentaries on Quaid-i-Azam will also be shown at the Pakistan National Monument Museum.

Nazariya Pakistan Council has also arranged essay writing competitions in connection with the Youm-i-Quaid celebrations in which students of different educational institutions participated and exhibited their extraordinary oratorical skills.

Pakistan Tehreek-i-Shaoor will arrange hiking at Trail 5 followed by a discussion on Quaid’s life on Sunday with the purpose to highlight the vision of the founder of Pakistan in a unique way. While Bazeecha Trust will also mark the day by arranging special functions on Sunday.

In his message on Quaid-e-Azam Day, President Dr Arif Alvi urged the nation to reiterate its commitment to cherish and uphold the vision of Quaid-e-Azam Muhammad Ali Jinnah for Pakistan and mobilise resources to tackle the grave issues to move on the path of political stability and economic prosperity.

He added: “On this day, we express our gratitude for carving out a separate homeland for the Muslims of the sub-continent where we are free to realize our dreams as envisioned by the Quaid. Due to his untiring efforts, we were blessed with a country where we can live and breathe as free men and can develop it according to our own wishes and culture and uphold the principles of Islamic social justice.”

Meanwhile, a graceful change of guards ceremony was held at mausoleum of Quaid-i-Azam in Karachi on Sunday.

Pakistan Air Force cadets handed over the guards’ duty to the cadets of Pakistan Military Academy.

Major General Umer Aziz was chief guest on the occasion. The chief guest laid a floral wreath at the Mazar and offered Fateha.