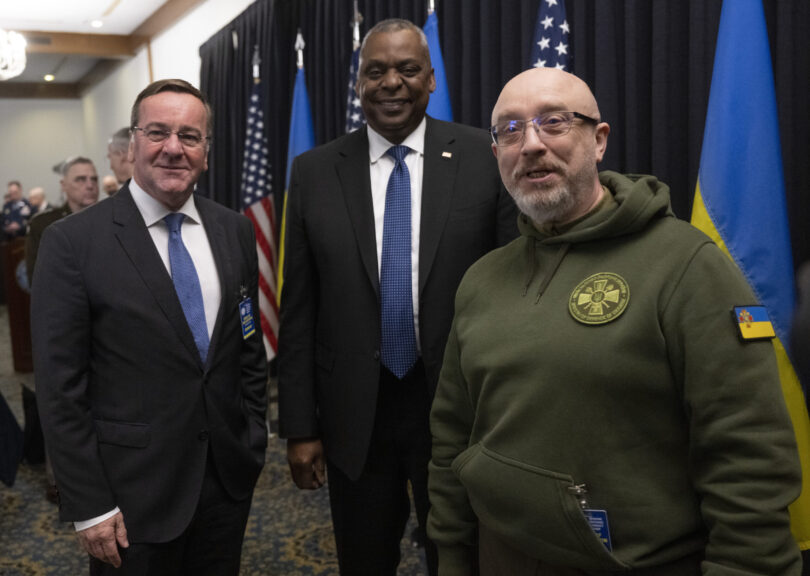 Last week saw widespread media coverage of the meeting in Germany to discuss U.S. and allied arms supplies to Ukraine. Meanwhile, in Brussels, NATO generals held a series of important meetings regarding Ukraine, the future of transatlantic security, and ongoing missions in Kosovo and Iraq — but they were closed to the public, and the media didn’t cover them.
This lack of transparency is bad for open debate and could lead to poor policy outcomes.
NATO’s most senior generals, the Chiefs of Defence, or CHODs, meet twice a year at NATO Headquarters in Brussels. They also meet once a year in one of the 30 member states. These three meetings, in a format known as the NATO Military Committee, provide NATO’s political leaders (the North Atlantic Council) with consensus-based military advice on how the alliance can best meet global security challenges. On a day-to-day basis, their work is carried out by the permanent Military Representatives at NATO headquarters in Brussels.
Two military concepts set the direction for NATO’s ongoing adaptation: the Concept for Deterrence and Defence of the Euro-Atlantic Area (DDA) focuses on force employment “to deter and defend today,” while the NATO Warfighting Capstone Concept is meant to offer “a vision to guide the Alliance’s long-term warfare development to remain militarily strong now and in the future.” The details of both documents remain classified.
On January 18 and 19, the NATO Military Committee met in Brussels to discuss the strengthening of NATO’s military posture.
Over two days of sessions, NATO officials held important meetings about the alliances ongoing work in Kosovo, Iraq, and Ukraine. Member states discussed the NATO’s strategy and war-fighting concepts, as well as how those had been affected by Russia’s invasion. A few non-member states — including Armenia, Austria, Finland, Ireland, Moldova, Sweden, Switzerland, and Ukraine — joined for one of the conversations.
But the takeaways from those conversations are shrouded in secrecy. None of the sessions were open to the public or media, and the only details that were made publicly available were included in two NATO news briefs (available here and here), as well as the transcript of some brief opening remarks by the Chair of the NATO Military Committee, Admiral Rob Bauer (a Lieutenant admiral in the Royal Netherlands Navy), and Deputy Secretary General Mircea Geoana at the start of the sessions.
In addition, there was a closing joint press conference by Bauer, U.S. General Christopher Cavoli, Supreme Allied Commander Europe (SACEUR), and General Philippe Lavigne, Supreme Allied Commander Transformation (SACT). No details were provided on the two plenary discussions.
Apart from a brief report by Reuters, there was no significant media coverage of the Military Committee meeting. The lack of transparency, coupled with the wordy and generally unintelligible military jargon from some of the participating military leaders, makes the Military Committee one of the opaquest processes within NATO.
Why is this a concern? First, it is part of a wider democratic deficit within NATO. And second, it could be disguising mistakes and inefficiencies, and certainly encourages “group think.” The bottom line is that the vital habits of democracy are based on the availability of reliable sources of information, followed by deliberation and debate.
At a time when NATO is focusing back on collective territorial defense (having, for many years previously, focused on crisis management and out-of-area operations), such deliberation and debate is crucial. According to General Cavoli, NATO is now in the process of “implementing and developing a family of plans that describe ‘how’ the Alliance operates in peace, crisis, and war to provide for collective defense.”
He added that, “National military plans will be interlinked again with Alliance plans and all thirty NATO Allies will have a harmonized planning blueprint that will incorporate National forces and capabilities into our deterrence posture for the entire European Area of Operations.” Finally, he stressed that this strengthened posture represents “the most significant reinforcement of our collective defense since the end of the Cold War.”
Clearly, the alliance’s conceptual decision-making has significant policy and budgetary consequences. It needs to be open and visible, with the reasons for outcomes clearly outlined. This would enable greater accountability of the military decision-making within civilian parliaments of member states.
The lack of information on the impact of the NATO missions in Kosovo and Iraq is particularly worrying. Tensions in Kosovo have been growing in recent months, but it is unclear what, if any, changes in the KFOR mission to address these tensions were discussed by the Chiefs of Defence. Similarly, in Iraq it is unclear the extent to which that mission is adapting to the deteriorating security situation. The country is still living with the legacy of internal conflict after the U.S.-led invasion of 2003, and the transnational jihadists of Islamic State after 2014. The multiple challenges further include sectarian violence and Kurdish separatism.
Given the complex security situations in both countries, the level of disclosure is clearly inadequate. NATO should be required, at a minimum, to provide an annual report on the progress of its various missions, including overviews of recent developments and the risks and challenges that they face. In addition, the missions should be required to provide regular open briefings, as is the case with the UN Security Council missions and OSCE missions.
Decision-making in NATO has not attracted the same degree of critical attention as that of other institutions, such as the EU or the UN. There remains a transparency and accountability deficit at four levels in NATO: 1) within the closed inner workings of the alliance, including the Military Committee; 2) as a result of Cold War legacy secrecy and classification rules; 3) through poor budgetary controls and non-existent performance metrics; and (4) weak parliamentary and public oversight.
National parliaments in member states need to sharpen their scrutiny of NATO affairs, and NATO needs to adopt an information openness policy consistent with the access to information laws already in place in the alliance’s 30 member countries.