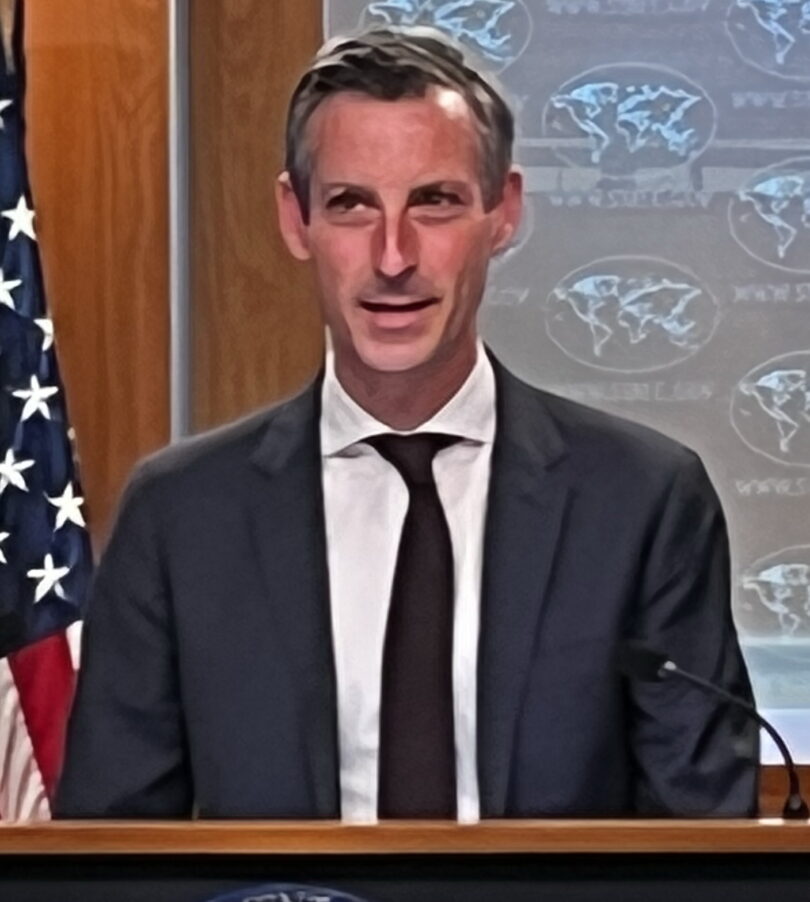 WASHINGTON DC: When asked by The Frontier Post about the recent BBC documentary on the 2002 riots in Gujrat, India, Spokesperson of the US State Department, Ned Price stated that he has not seen the said documentary yet but he counted the different strong bonds between India and the United States.

The Frontier Post again asked whether the President Biden’s administration should condemn President Modi of India for the facts mentioned by the former UK Foreign Secretary Jack Steward Who had prepared an investigation report back in 2002, which is now released by the BBC in one of its recent documentary. The said BBC documentary has been banned in India by Prime Minister Modi government and legal action has also been taken against BBC for this documentary. According to BBC documentary more than two thousand Muslims were killed in Gujrat, India in year 2002 and hundreds of Muslim women were taped. And Jack Straw in his report has directly accused the then Chief Chief of Gujrat, Modi, who is now the Prime Minister. According to hundreds of credible reports, Modi’s government in India is accused of ethnic violence against Muslims.

An Indian journalist asked about the economic woes of Pakistan and asked whether any delegation from the US was on its way to Pakistan to have strategic discussion with their counter parts in Pakistan; Ned Price replied by saying that he was not aware of any such delegation.

When asked whether the US is providing direct funds to the Taliban regime in Afghanistan despite their inhumane treatment towards women and girls, Ned Price replied by saying that US is not directly providing the funds to the Taliban but rather a Trust Fund is created and payments are made through NGO’s. Ned said that the US is the biggest humanitarian aid provider in Afghanistan and that the US will continue to effort the people of Afghanistan.

During lengthy back and forth questions by different foreign journalists with regard to Germany, Ned Price clarified that Germany has so far provided tremendous amount of support to Ukraine against Russian aggression on Ukraine. Ned Price also confirmed US continuous support to Ukraine.

When asked by The Frontier Post whether Ukraine has asked China to play its role in bringing peace to the war between Russia and Ukraine, Ned Price stated that he was not aware of such request from Ukraine but he welcomed any positive role that China could play especially keeping in view Chinese influence over Russia. When asked about the current Covid situation in China and if China has asked for any US made vaccines, Ned Price replied by saying that US has been the largest distributor of Covid vaccine around the world and it did ask China if they were in need of vaccination but China refused the US offer.

With regard to Sweden, Ned Price condemned the blasphemous acts and said that the Swedish government has also condemned these acts. Ned Price also stated that some acts are “ Lawful but Awful.” Ned dispelled the impression that Sweden could gets into NATO membership without solving its issues with Turkey.