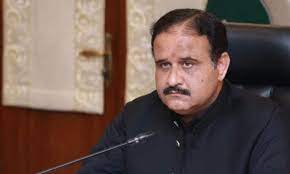 LAHORE: Former chief minister Usman Buzdar said on Monday while talking to media outside an accountability court in Lahore that he had not subjected anyone to vindictive acts.

To a question about Chaudhry Pervaiz Elahi’s dubbing of him as responsible for all problems, Usman Buzdar said that he had served Punjab province for three and a half years. He stated that there had been good governance during his tenure, adding that record development work had been carried out in the province and his conscience was satisfied.

“I respect my friends. We will work together in the future too. There are many secrets buried in my breast too, but this is not the right time. My message is love wherever it reaches,” he added. “Sardar Sahib! You are giving the message of love, but the stones are being hurled from the other side, and you are not even complaining?” a question was put to Usman Buzdar.

“It’s a matter of personal forbearance. I never said anything against anyone. We have served Pakistan and this province [Punjab]. Criticizing me is tantamount to criticizing Pakistan Tehreek-e-Insaf (PTI) and its narrative,” he replied.

“Chaudhry Pervaiz Elahi talks about his favours on me, and he says that he had me elected as Tehsil Nazim. [But] when I became Tehsil Nazim, Chaudhry Pervaiz Elahi was not the chief minister. He was elected as Tehsil Nazim for the second time too,” he added. “We released funds to every district in the province. We did no injustice to anyone. We also ensured record development works across the province,” he asserted. Earlier, the accountability court extended the interim bail of Usman Buzdar till January 5 next in the case of illegally issuing liquor license.