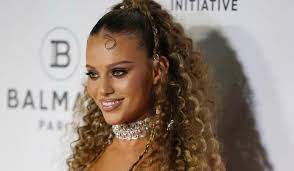 RIYADH (Arabnews): From Algerian singer Cheb Mami’s feature on Sting’s “Desert Rose” in 1999 to Marshmello’s 2022 collaboration with Lebanese songstress Nancy Ajram, Arab nuances have been slowly weaving their way into the fabric of Western music.

However, Arab women remain on the sidelines of the industry, with only a handful of prominent acts making waves.

In Saudi Arabia, Spotify’s annual Wrapped campaign revealed that no female musicians from the Kingdom made it onto the country’s top 10 streaming artists’ list, and only three Khaleeji tracks, two of them by Syrian artist Assala Nasri, were most streamed.

But with the regional music scene predicted to become the fastest growing in the world, Arab women are aiming to buck the trend through authenticity.

At the recent XP Music Futures conference, industry experts and artists shared their thoughts on projecting women on a global stage.

Palestinian Chilean singer Elyanna has quickly made a name for herself globally, and has captivated audiences with her mane of dark blonde curls and piercing green eyes.

Supported and discovered by Lebanese Canadian musician Massari and The Weeknd’s manager Wassim “Sal” Slaiby, she now has more than 400,000 monthly listeners on Spotify.

Her sensual vocals and contemporary lyrics appeal to the masses as she bridges cultures in a way that is authentic yet mainstream and she is quickly becoming the voice of a multicultural generation.

As opposed to many other upcoming artists, Elyanna remains distinctly an Arabic lyricist, incorporating her Palestinian roots into creating a unique genre of her own.

“So of course, the generation is going to get that, because they’re going to connect with how a 20-year-old girl feels.”

The beauty about songs is they don’t look at if you’re male or female. Songs are songs. It starts with great songs.

While she noted that she was too young to give advice on navigating the challenges that come with being a woman in the industry, she highlighted the word try within all her aspirations.

Elyanna said: “When you care, and you’re passionate, that’s all you need. I believe that Arab music is going to have an impact one day. It’s not going to be easy, obviously, nothing comes really easy. I do think our culture is so beautiful, there’s so much that the world did not see about our culture.

“Imagine we show them our dancers, the way they dance; so authentic, so beautiful. And look at the instruments we have, the melodies we have, the beats. You see a lot of Americans; they take them and make them hip hop beats. This says so much. This is such a start,” she added.

Mathew Knowles, the visionary manager behind the careers of Destiny’s Child, Beyonce, and Solange, the latter two to whom he is the father, spoke about how to be a successful female act in the global market. He said that while 75 percent of his clients over the years had been women, image was key in the music industry.

“The beauty about songs is they don’t look at if you’re male or female. Songs are songs. It starts with great songs.

He added that language was also something to take into consideration; would an artist be singing solely in Arabic, English, or both?

Knowles said: “How are you going to approach the language barrier if you’re going to grow?”

Hailing from the region’s biggest rap scene, Egyptian musician Felukah has been flipping the concept of Arabic hip hop.

Inspired by global prose and poetry from the likes of poet Nayyirah Waheed and Japanese writer Haruki Murakami, her intriguing lyrics find a way to adapt to the nature of rap and hip hop music by mixing Arabic and English lyrics.

Felukah told Arab News: “What I’m really trying to do is represent myself in the most authentic way possible. And when people find that relatable, they like the music.”

On her experience being a woman in the industry, Felukah said: “I get hate from men, and I get hate from women. A lot of the time I hear, ‘I don’t like women rapping, I like male voices.’

She noted that authentic Arabic music will not rise to the top in one song, but contemporary artists today, including herself, were working toward representation in a brighter future.