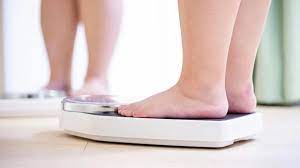 An Eli Lilly drug if approved for weight loss could become the best-selling drug of all time, but concerns are mounting about who will actually be able to afford it.

Experts are confident that the drug, called tirzepatide, will be granted approval by the Food and Drug Administration sometime next year. If that’s the case, it would join two other popular — and expensive — recently approved weight loss drugs on the market, Wegovy and Saxenda, both from the drugmaker Novo Nordisk.

Annual sales of tirzepatide could hit a record $48 billion, according to an estimate from Bank of America analyst Geoff Meacham. Another Wall Street analyst, Colin Bristow at UBS, estimated the drug would reach $25 billion in annual sales — a figure that would still surpass the record $20.7 billion set by AbbVie’s rheumatoid arthritis drug Humira in 2021.

Kelly Smith, a spokesperson for Eli Lilly, declined to comment on what tirzepatide will cost. Outside experts said it is possible the drugmaker could price it similarly to Wegovy, which carries a list price of around $1,500 for a month’s supply, and Saxenda, which costs about $1,350 for a month’s supply.

If the FDA confirms the drug’s effectiveness, a “fair” price for tirzepatide could be around $13,000 annually, or around $1,100 a month, said Dr. David Rind, the chief medical officer for the Institute for Clinical and Economic Review, a research group that helps determine fair prices for drugs.

The drugs have been shown in clinical trials to be highly effective for weight loss. All three drugs — which are given as injections — work in a similar way: They’re a class of drugs called GLP-1 agonists, which mimic a hormone that helps reduce food intake and appetite.

However, Eli Lilly’s tirzepatide also imitates a second hormone, called GIP, which along with reducing appetite, may also improve how the body breaks down sugar and fat.

A phase 3 clinical trial found a high dose of tirzepatide helped patients lose 22.5% of their body weight on average, or about 52 pounds, better than any medication currently on the market. Most patients in the trial had a body mass index, or BMI, of 30 or higher. In trials, Wegovy and Saxenda reduced body weight by around 15% and around 5%, respectively.

With the exception of Mounjaro, which was approved earlier this year, the versions of the drugs used to treat diabetes are covered by most insurance.

That’s not always the case when they are prescribed for obesity.

Obesity carries a unique stigma, said Dr. W. Scott Butsch, director of obesity medicine in the Bariatric and Metabolic Institute at Cleveland Clinic. Many physicians, he said, still see it as a behavioral problem rather than a medical one.

That belief — in addition to older anti-obesity medications not being very effective — has made insurers reluctant to cover many of the new therapies, he said.

“You have a bias,” Butsch said, adding that insurance companies ask for more proof of the benefits of anti-obesity drugs than they normally would for other kinds of medications.

Some insurers may select one of the weight loss drugs and offer coverage, he said, but they often restrict access only to patients who meet a certain threshold, such as a BMI greater than 30.

What’s more, Butsch said, not everyone responds the same way to any given weight loss drug. If the drug covered by insurance isn’t effective for that patient, there are usually no other drug options left, he said.

Dr. Holly Lofton, the director of the weight management program at NYU Langone Health, regularly prescribes the new drugs to her patients but many, she says, are denied coverage by their insurance. “Patients tell me that it appears to them as if insurance companies want to wait until they get so sick that they have more of a necessity for a medication,” she said.

Lofton said that some of her patients will end up spending thousands of dollars out of pocket for the medication for a few months as they negotiate with their insurer to get coverage. Patients usually aren’t reimbursed by their insurance plan for the money they’ve already spent on the drugs, she added.

Dr. Fatima Stanford, an obesity medicine specialist and the equity director of the endocrine division at Massachusetts General Hospital in Boston, said that private insurance coverage for anti-obesity medications is spotty, with treatments often restricted to the most expensive plans. (Online)