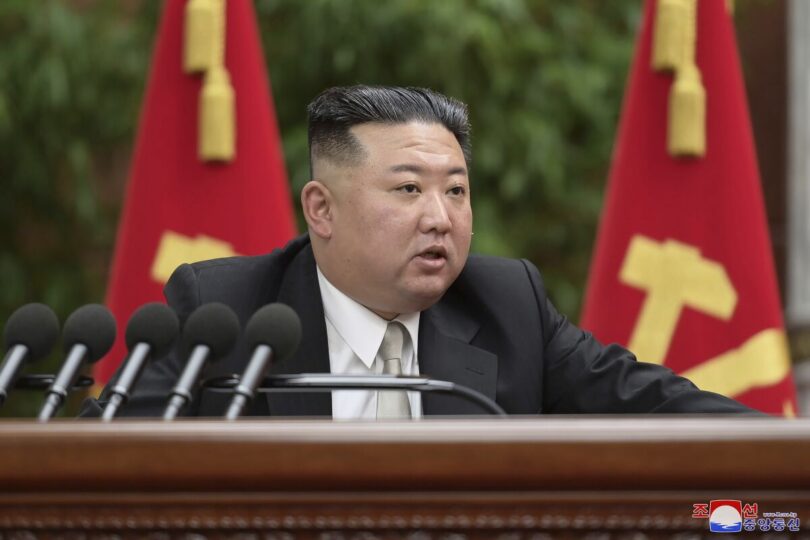 According to the media, North Korea’s Kim Jong Un has called for a major increase in the country’s nuclear arsenal, including mass production of tactical nuclear weapons and the development of new missiles for nuclear counterstrikes. As said, during a major end-of-the-year party meeting in Pyongyang, North Korean leadership outlined its broad policy goals for 2023 in key areas including diplomacy, security, and the economy.

On new year’s eve, nations around the globe welcomed the new year, held special prayer sessions for peace and progress for the entire world and their countries, and set future goals for their nations in various fields. Ironically, the Kim regime typically used North Korea’s end-of-year plenary meetings to unveil the country’s jingoism and aggressive ideologies during the year ahead. After spending the past decade in warmongering, recurrent nuclear fusions, and sending barrages of multi-range missiles in adjoining territories, the North Korean jingoist announced to continue its poisonous business during the coming twelve months with an additional focus on building tactical nukes, more dangerous intercontinental ballistic missiles, and other deadliest weapons.

Military tensions on the Korean peninsula had risen sharply in 2022 as the North regime conducted sanctions-busting weapons tests nearly every month, while South Korea and its ally US military responded with a high state of readiness, air scrambles, and symbolic flights of gigantic fighter bombers and issuance of verbal ultimatums. The reports suggest that the Pyongyang regime intends to collect heaps of Weapons of Mass Destruction (WMDs) that the United States and its allies give up efforts to denuclearize the heavily armed East Asian state and accept Pyongyang as a legitimate nuclear power. The current trajectory of events depicts a tragic picture of the future, as North’s provocations had prompted Seoul to double its defense spending, while Japan also allocated $320 billion in its next year’s defense expenses, the ever-biggest military allocation since after the World War II, which not only aims at deterring North Korean threat but also be used to counter Chinese aggressive behavior in Indo-Pacific region.

The North Korean leader has turned his country into a Hermit Kindom due to continuous preaching of a belligerent ideology and war hysteria against other nations in the region. The young fierce dictator revealed his dangerous intentions in his New Year message, while Pyongyang is likely to conduct its seventh nuclear test in the coming months. The Seoul-Washington alliance also announced to mark its 70th anniversary by carrying over one and a half dozen joint military drills that would signify the strength of their alliance agaisnt their common adversary. Interestingly, both sides are equally fueling the conflict and endangering peace and stability in the region, amid appeals for restoring peace to other nations including China.

The prevailing tense economic situation and global energy crisis had shattered the entire world, and people across the globe are battling the worst inflation in history. North Korea is one of the most isolated nations in the world and its population and businesses face the utmost difficulties in foreign trade due to sanctions against the country. In fact, the Hermit Kingdom has nothing to sell except fear and jingoism, as the monarch has no other tact to unite his masses and rule the nation calmly. The fortune-tellers have forecasted a global war in the current year, while the selfish policies of global leaders are sharply pushing the world toward D-Day. After all, lust has no limit but consciousness prevails after the opportunity is lost.