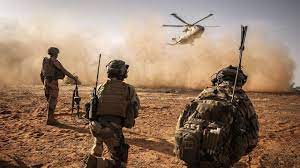 BRUSSELS: The Council today adopted a decision establishing a Common Security and Defence Policy (CSDP) military partnership mission to support Niger in its fight against terrorist armed groups. It will enhance the ability of Niger Armed Forces to contain the threat, protect the population in the country and ensure a safe and secure environment in compliance with human rights law and international humanitarian law.

EUMPM Niger will help implement a Nigerien capacity building plan, by supporting the establishment of the Centre for the Training of the Technicians of the Armed Forces. It will provide advice and specialised training on request to the Niger Armed Forces’ specialists, and support the creation of a new communication and command support battalion. This will be done in conjunction with the European Peace Facility assistance measure adopted on 18 July 2022.

The mandate of the mission, designed in close consultations with Niger authorities, will initially last three years, and the financial reference amount for the common costs for this period will be EUR 27,3 million.

The mission commander of EUMPM Niger will be the Director of the Military Planning and Conduct Capability (MPCC), Vice Admiral Hervé Bléjean. The Mission Force Headquarters will be located in Niger.

EUMPM Niger will closely coordinate with EUCAP Sahel Niger to reinforce the interoperability between Niger’s security and defence forces. The Mission will also coordinate its activities with Member States’ activities in Niger and, as appropriate, with like-minded partners which support the capacity-building plan of the Niger Armed Forces.

In its conclusions of 16 April 2021, the Council defined the European Union’s Integrated Strategy in the Sahel. The Council in particular expressed its concern that the gradual expansion of insecurity and its impact, of which civilian populations are the first victims, had exacerbated a situation of multiple crises, with unprecedented humanitarian consequences in the region. The Council also underlined that the EU would continue to contribute to capacity building in the fields of defence and security through the mobilisation of CSDP missions.

On 30 June 2022, in concluding the Holistic Strategic Review of EUTM Mali and EUCAP Sahel Mali, the Political and Security Committee considered that establishing a dedicated military CSDP mission in conjunction with an assistance measure under the European Peace Facility would be appropriate to provide the necessary support to Niger.

On 18 July 2022, the Council adopted an assistance measure under the European Peace Facility to support the Niger Armed Forces, and in particular the establishment of a Centre for the Training of the Technicians of the Armed Forces.

On 30 November 2022, the President and the Minister for Foreign Affairs and Cooperation of the Republic of Niger invited the EU to deploy an EU CSDP military partnership mission in Niger to contribute to enhancing the military capacity of the Niger Armed Forces in order to support Niger in its fight against terrorism.