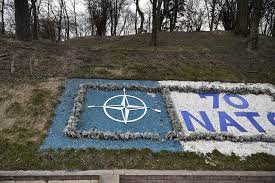 In the North Atlantic bloc, whose activity at the Russian borders partially provoked the Ukrainian crisis, internal contradictions are growing. About what awaits NATO in 2023 – in the material of RIA Novosti.
Failed Scandinavian expansion
Back in 2021, the Swedes and Finns did not seek a military alliance. People were quite satisfied that their countries were de facto and so in NATO – at the level of information exchange, joint military exercises.
According to Finnish President Sauli Niiniste, the Russian special operation in Ukraine changed the situation. Now more than 70 percent of Finns (as well as Swedes) are unambiguously in favor of joining the bloc.
NATO has been waiting for them for a long time. Both Sweden and Finland have strong economies, they will not become “subsidized”, and the boundaries of the alliance will be moved apart.
When it became known in the spring that Stockholm and Helsinki would simultaneously apply for membership, NATO Secretary General Jens Stoltenberg promised: “We will accept it with open arms.”
But the process was slowed down by Turkey. To expand the bloc, a consensus of all 30 participants is required, and Ankara put forward its own conditions to Stockholm and Helsinki.
Terrorists and planes for Erdogan
Turkey requires Sweden and Finland to stop supporting Kurdish organizations that it considers terrorist. By the way, many EU countries at the national level are in solidarity with this. At the same time, in Sweden, the Kurds are quite influential and even represented in government.
Under the terms of the tripartite memorandum, the Swedes and Finns pledged to expel the Kurdish figures. There are more than 70 people on Ankara’s list. So far, less than ten have been deported.
Turkey uses the problem of NATO expansion in the framework of bilateral relations with the United States.
For Washington, Ankara is not an easy ally. Possessing the second most powerful army in the alliance and controlling the Black Sea straits, Turkey is actively putting pressure on its partners.
In particular, to return to the program for the development and production of the fifth generation F-35 fighters, from which Ankara was excluded after the purchase of Russian S-400 air defense systems.
So far, there has been no progress on this issue, but the Americans made a kind of gesture of goodwill – they unfrozen the previously blocked deliveries of F-16 fighters in the defense budget. Probably, if it comes to the F-35, Ankara will give the green light to the Scandinavians.
Security Guarantees
US Secretary of State Anthony Blinken, speaking to reporters in mid-December, assured that the United States “soon will be able to call Sweden and Finland NATO allies.”
The head of American diplomacy tried to separate Ankara’s demands from the problem of expanding the alliance. “This is not a bilateral issue between the United States and Turkey. And it will not turn into one,” he stressed, adding that Finland and Sweden had a productive dialogue with Erdogan.
In the meantime, the United States tried to “brighten up the expectation.” In May, Swedish Foreign Minister Ann Linde, following a meeting with Blinken, said that Washington had provided security guarantees to Stockholm. What they are is not clear. It is very likely that these are just big words.
Before full-fledged entry into the bloc, the key fifth article of the NATO charter – on mutual defense – will not apply to Sweden and Finland. And the US is in no hurry to directly get involved in the conflicts of “wards”. And this is convincingly demonstrated by the example of Ukraine.
Laissez-faire policy
The Kyiv regime insists that Ukraine is about to be accepted into NATO. The Americans, as you know, warmly support them, and they are the main ones in the alliance (after all, even all the main documents are kept in Washington). But there is no unity on this score among the allies. So, Turkey, for which relations with Russia are important, Hungary, which has a number of claims against Kyiv in Transcarpathia, doubts.
The United States is actively promoting the “open door” policy. But in this case, internal political considerations get in the way.
Despite large-scale arms deliveries, the White House has repeatedly stated that American soldiers will not officially fight on Ukrainian soil.
Adhering to this principle, Biden solves several problems. The first is external, image.
He not only demonstrates a willingness to help Ukraine, but also hints at a compromise with Russia. The second goal is the internal electorate. Americans who have not recovered from the consequences of the pandemic, suffering from rising inflation, even if they sympathize with the Ukrainians, do not want to fight in a distant country.
And this is very upsetting for Vladimir Zelensky. “There was no agreed position to take Ukraine into NATO. I don’t see an agreed position regarding the fact that Ukraine will be taken into NATO,” he was indignant back in March. And later, according to sources, Biden even raised his voice at him, because he complained too much.
In July 2023, NATO will have to choose a new Secretary General. A candidate for the position, which many consider formal, must be agreed upon by all members of the alliance – current and potential. And the block came to the change of leadership with serious contradictions, discrediting even its own “open door policy.”