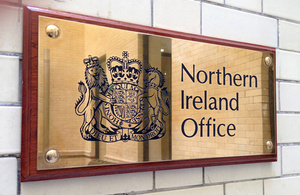 The Secretary of State and Tánaiste discussed a range of issues related to the restoration of the Northern Ireland Executive, the implications that the implementation of the Protocol is having on political stability, and the UK Government’s determination and ongoing work to deliver better outcomes for those impacted by the Troubles, including through proposed changes to improve the Northern Ireland Troubles (Legacy and Reconciliation) Bill.

The Secretary of State highlighted his keenness to continue close engagement with the Tánaiste, given the UK and Ireland’s close bilateral relationship. This meeting comes ahead of the next British-Irish Intergovernmental Conference, due to take place on 19 January in Dublin.

I was delighted to host Tánaiste Micheál Martin in Hillsborough this morning and look forward to furthering the UK and Ireland’s bilateral relationship. We agree on the need to see a strong devolved government in Northern Ireland and the restoration of an Executive as soon as possible, as the Belfast (Good Friday) Agreement intends.

It was productive to talk through this and other important issues, including the opportunities for Northern Ireland’s future, and addressing the legacy of the past.

Next week, we will convene a meeting of the British-Irish Intergovernmental Conference in Dublin, which will offer us space to discuss these matters of mutual interest in greater detail.