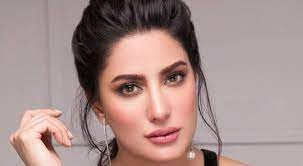 Mehwish took to Twitter to show her resentment in wake of an ex-serviceman Gen (r) Adil’s allegations.

Mehwish tweets:  “Today I went to court to send a strong message that I will not stand for these vile smear campaigns anymore. This has been going on for some time – but the events of the last few days have hit a new low. Criticise my work all you like but no one has the right to defame my character.

“I am not the one to sit and let anyone use me as a pawn in their dirty political games! I am not going to rest until this is resolved. I am happy that the petition has been filed and the people behind this including all the trollers who are spreading malicious lies will be held accountable by the authorities. It is such a shame that I’ve had to go to court to protect my dignity and reputation – is this what we have become? I would like to thank all those from the industry, family, friends and above all fans who have sent me messages of support. They have provided me with strength in what has been a trying time.”

Adil targeted Mehwish Hayat, Mahira Khan, Kubra Khan, and Sajal Aly though he shared the initials of the actresses instead of their full names. He accused the celebs of being involved in trapping politicians.

Kubra Khan moved the court against Adil and the court ordered Federal Investigation Agency (FIA) and Pakistan Telecommunication Authority (PTA) to block all the smearing content. People from various walks of life showed solidarity with the celebs and condemned Adil’s act as shameful.

Mehwish too approached the court and told the media that she won’t tolerate such an immoral act. She stressed the need for effective cybercrime laws and their enforcement to protect the dignity of a person, especially a woman.

She raised questions about the government’s measures to protect a person’s respect and curb character assassination and smear campaign. Her lawyer too briefed the media about the petition