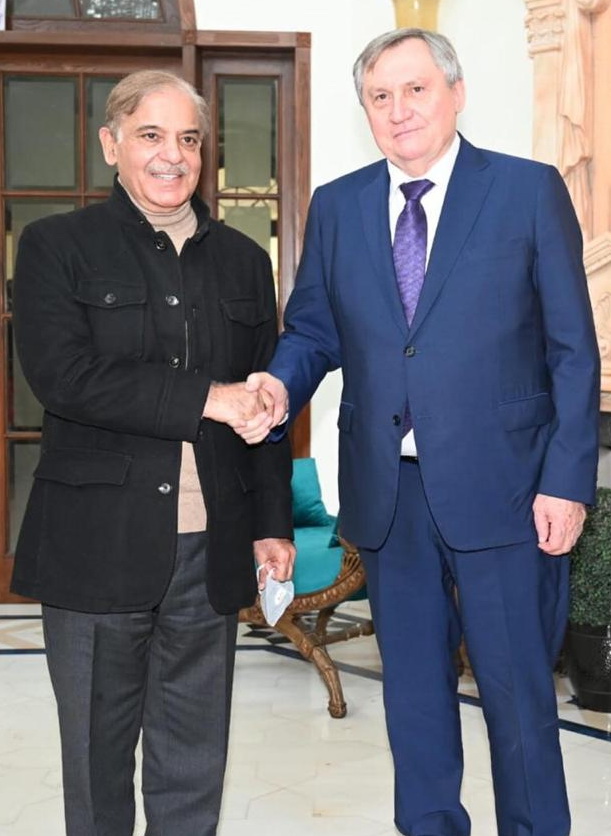 LAHORE: A delegation led by Russian Energy Minister Nikolay Shulginov on Thursday called on Prime Minister Shehbaz Sharif here wherein the two sides discussed the supply of oil and gas from Russia to Pakistan on a long term basis.

During the meeting, both the sides agreed on the importance of energy sector for the development of bilateral economic and trade relations. The two sides also reviewed the matters related to gas pipelines, a PM Office statement said.

Welcoming the delegation the prime minister highlighted the importance Pakistan attached to its relations with the Russian Federation. He recalled his meeting with President Vladimir Putin in Samarkand in September 2022 and said that the meeting had reached important decisions to further strengthen Pakistan-Russia relations.

He also noted with satisfaction the keen desire on both the sides to upgrade the bilateral cooperation in trade, investment and economic matters. The Russian energy minister reciprocated the prime minister’s sentiments and delivered a special message of Russian President Vladimir Putin to the prime minister.

In his message, President Putin referring to Pakistan as Russia’s important partner in South Asia and the Islamic World reiterated Russia’s strong interest to deepen the bilateral relationship. The prime minister provided guidance for the work of 8th Round of Pakistan-Russia Inter-Governmental Commission meeting scheduled to be held in Islamabad on January 20, 2023.